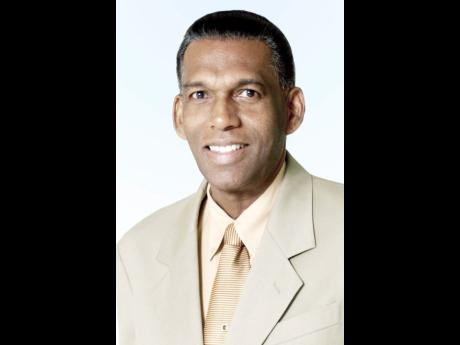 Jamaica's cricket is passing through parlous times. The standard of play is poor and it seems to be getting worse and worse despite the presence of a few promising young players.

The only thing that can possibly solve the present situation, however, is good management, the kind of leadership at the top which can see what is happening and do something about it.

It needs some good people at the top; people who love cricket and who are willing to work for cricket.

It matters not whether they really love cricket, attend cricket matches, or ever lift a hand to assist cricket

If the truth be told, some of these people have nothing but a passing interest in cricket.

That is the reason, except for a few places, except for some places like south St. Elizabeth, there are so few people at any cricket match in Jamaica, be it at club matches or regional matches.

There is a move afoot by some people in Jamaica's cricket to influence the voters at this week's election of officers to again change the president and put in one who has served as the association's secretary for quite some time.

There is an active campaign going the rounds to vote out the president and vote in the secretary, and, as usual, this is causing a lot of ill-will among the board members and the association's members.

The clubs need money to stay alive, and cricket needs money to keep it going.

Cricket, therefore, needs a man, and team members, who, among other things, is known across Jamaica, particularly in the business sector. It needs a man of impeccable reputation, a man who has a strong national image, a man who believes in the saying that work has never killed anyone, and a man who can get money for cricket.

It does not need man who, if and whenever he calls a potential sponsor or financier, he hears, who is that?

Cricket needs a man willing to look at it and one who is big enough to change cricket and to improve it. Cricket needs a general shake-up. Cricket, competitive cricket, needs to be smaller in order to be better.

Cricket for fun should be available to everybody, but Senior Cup cricket, for example, needs a change. It needs to go from its present 23 teams to maybe eight or 10 teams as proposed for next year.

There is no doubt that would make the competition more manageable and easier to run. It would cost less money to organise, to pay for travelling and umpires, to prepare meals, and to buy balls and other things.

Most important, it would lead to improvement.

It seems as if Billy Heaven, the man in office, is suffering a backlash from last year when the JCA's executive had originally decided to oppose Dave Cameron as president of the West Indies Cricket Board before the association overruled them at a special general meeting.

On top of that, although he got more than twice the money, some $109 million for cricket, he remained almost invisible as president.

It would be good if he was more visible, but then he had a secretary. Even in a country like Jamaica, it is not necessary, not if the other members voted in are doing their work and the president is leading them.

After receiving some 80 votes out of 103 last time, some have turned against Heaven, simply because he has put in place measures to enable the association's business to run properly and for the association to operate much more cost effectively.

One term is also not a long time, and Heaven deserves another term to try and do his thing, to change the people's opinion of how Jamaica's cricket is run.

On top of that, after the quick removal of Paul Campbell and Linden Wright, and after Heaven's big victory, following the problems re lack of money, re the use of money, re lack of sponsorship, and badly run competitions, and after the quarrels and infighting, it would be foolish to change again so quickly, especially when it is the secretary running against the president and his reasons given why he is running.

Jamaica's cricket needs support and it needs change. It does not need a change in the leadership of the association, however, at least not yet.

At this stage, the JCA needs volunteers, good volunteers at that.