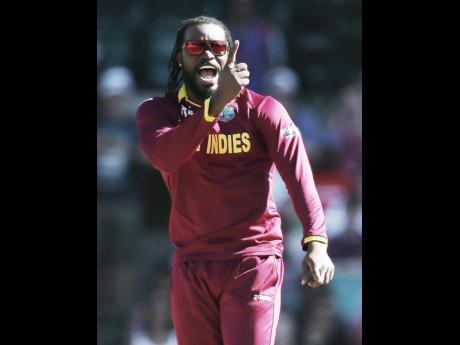 Cricket superstar Chris Gayle will miss a couple of matches in the Indian Premier League (IPL) after flying out to be with his partner for the birth of his first child, media outlets in India are reporting.

Media reports from Jamaica also quote local sources as saying that Gayle and his partner, Natasha Berridge, are expecting the child to be delivered this week.

Gayle, 36, is expected to rejoin RCB on Monday and will be absent for their games against the Mumbai Indians and the Rising Pune Supergiants this week.

Gayle has not had the best start to the IPL, scoring just one and a duck in the first two matches.

"I am confident that Gayle can come up with runs when the team needs it," said Virat Kohli, the RCB captain.

"You can certainly be rest assured that Gayle will come good as the tournament progresses. He would score a century when the team will need it. I am not too worried about Gayle because the other guys are stepping up nicely," added Kohli.

Gayle's team management has not commented on his departure, but a picture he posted on his Instagram page stated: "I'm on my way Baby."

Gayle is also reported to have thanked Qatar Airways for its services, which included a congratulatory cake.