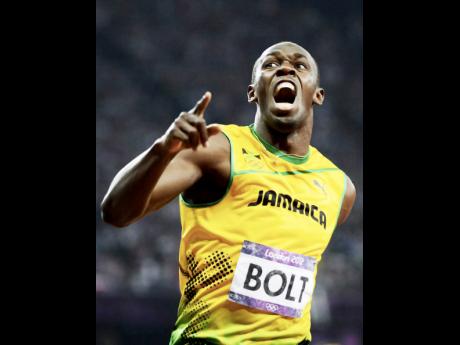 Sprinting superstar Usain Bolt will be among the names listed by the Jamaica Olympic Association (JOA) on Monday when it confirms the athletes who have qualified to represent Jamaica at next month's Olympic Games in Rio de Janeiro, Brazil.

This, after the triple world-record holder was selected, according to our sources, among the four names entered for the 100m and 200m events by the Jamaica Athletics Administrative Association (JAAA) following a meeting of its selection committee. Only a maximum of three athletes will be able to compete in each event at the Olympic Games, meaning that the management team in Rio will determine the final make-up.

Bolt had to cut short his campaign at the country's track-and-field qualifier for the Olympic Games - the JAAA-Supreme Ventures National Senior Championships - last weekend due to a hamstring injury.

He is, however, provisionally listed and can still compete in Rio, provided he proves his fitness at the July 22 London Diamond League, after he was granted a medical exemption from the trials, as permitted under long-standing JAAA rules.

It further underlines that the third-place finisher in events at the National Senior Championships is essentially a provisional qualifier, with the organisation reserving the authority to replace that athlete.

"Where an athlete has been granted an exemption and the Selection Committee has determined that such an athlete should be selected among the entrants for the event that athlete shall be selected above the athlete placing third at the National Championships or in place of an athlete finishing in either of the first two places of the event, where that athlete has been determined by a medical panel appointed by the JAAA to be ill or injured and not being in a satisfactory physical condition to warrant being entered to compete," the JAAA selection policy reads.

Bolt, up to yesterday, was in France, where he has resumed light training and will be receiving treatment from his doctor, Hans-Wilhelm Muller-Wohlfahrt.

In his absence from the final, Yohan Blake and Nickel Ashmeade took the top-two spots in the 100m and 200m events, with Jevaughn Minzie and Julian Forte finishing third in the respective events.

Leading Jamaican women's 400m hurdler Janieve Russell and world 200m silver-medal winner Elaine Thompson have also been selected by the committee as one of four submissions for their respective events.

The women's 400m top three were Ristananna Tracey, Leah Nugent and Kaliese Spencer, with the top three in the 200m being Simone Facey, Veronica Campbell-Brown and Kali Davis-White.

Russell missed the trials entirely after suffering an injury in the build-up to the event, while Thompson, who won the 100m title earlier in the championships, did not turn up for the 200m final after complaining about pain in her hamstring.

Jamaica's other qualifiers to the Olympics who are also expected to be named are Yona-Knight Wisdom (diving) Alia Atkinson (swimming) and Toni-Ann Williams (gymnastics).