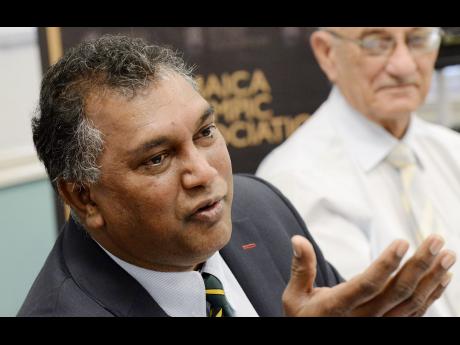 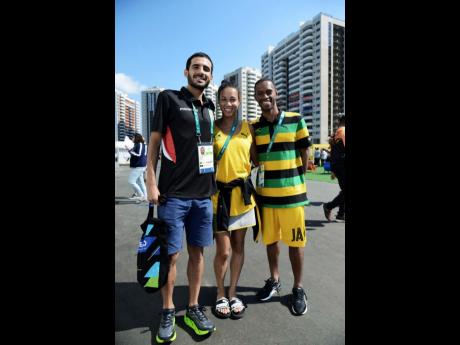 Chef de Mission of Jamaica's team at the 2016 Rio Olympic Games Vishu Tolan says the mood of the athletes in the camp has improved after their arrival in the Olympic Village was met with a number of issues with their accommodation.

A number of the rooms that were allocated to the Jamaicans had plumbing problems, while one particular room was unfinished and was being worked on when the team arrived.

"The mood is improving. Yesterday was disheartening and challenging for them. The trip from the Linx Hotel (training base) is about one hour or an hour and half, depending on traffic, so they would expect that when they arrived (at the Olympic) Village) things would be seamless," Tolan said. "The management team tried as best as we could to make it seamless. The accreditation process went smoothly. There were not many hiccups inside there, but the challenge we had was with the rooms, and that might have created a little bit of a nightmare for the athletes."

"Seeing them this morning (yesterday), there is a much better look on their faces, and as the Games continue and as we all get used to the surrounding and circumstances, we will be fine.

"We expect most of these challenges to be addressed by tomorrow (today), and we look forward to the competition," he added.

Everything seemed in order

Tolan explained that when the Jamaica Olympic Association delegation arrived to check on the facilities ahead of the team's arrival on Wednesday, everything seemed in order but the situation changed as the increased Village population started to put a strain on the system.

"We were allocated rooms by the international Olympic Committee (IOC). The challenge in the Village, and you would have seen in the media, were some major problems - plumbing - just the rooms not being ready," Tolan said.

"We did our walk-through on Monday when we came and also on Tuesday. The rooms that we were given were quiet fine at that point, but since getting the rooms, there has been an influx of athletes, and so they are now being used, so it really has put a stress on the system here," Tolan shared. "The Jamaican team came in yesterday (Wednesday) and we found a few problems."

The Jamaicans were allocated 92 beds on three floors for their 88-member delegation.

"There were about three rooms that had some leakage in the bathrooms, and when the team came in, the workmen were actually doing the work, while they came in, and that was unfortunate," he added. "It's been a challenge getting Rio to complete any task on time. It's a very large Village, of course. We are talking about a Village accommodating close to 18,000 persons, so you can imaging the challenge of getting things done."

"We are not going blame anyone or try to say anything bad about the organisers. I think the village is extremely wonderful outside of these issues, which I believe by tomorrow (today) should be rectified anyway," said Tolan. "The amenities are great, the restaurant is good, and we have not had any complaints about the food."