US test for Boyz 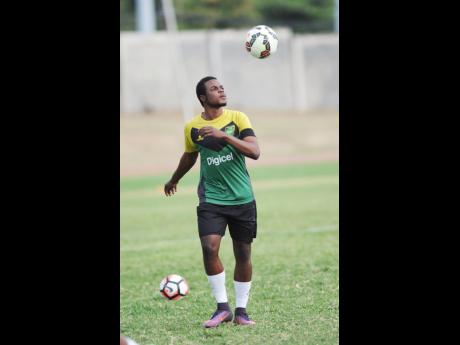 Jamaica's Reggae Boyz will be without key defender Kemar Lawrence for today's friendly international against the United States of America at the Finley Stadium in Chattanooga, Tennessee. Kick off time is 7 p.m.

The New York Red Bulls player has a hamstring injury.

"Kemar Lawrence will not be involved in the game tomorrow against the USA due to an hamstring injury," team manager Roy Simpson told The Gleaner from Tennessee yesterday morning.

He added that the other 19 players have settled in and are ready for the test against the Americans.

"Everybody is settled. We had a light training session after arriving here on Tuesday," Simpson added.

The game will be the first time that both teams are meeting since the semi-finals of the 2015 CONCACAF Gold Cup, where Jamaica beat the United States for the first time on US soil.

The last time both teams met in a friendly match was on April 11, 2006. The game ended in a 1-1 draw, with Teafore Bennett getting the goal for the Jamaicans.

Both teams will be using today's friendly as preparation for upcoming engagements. The United States are getting ready for their upcoming 2018 World Cup Qualifiers against Honduras and Panama respectively.

Jamaica will also face Honduras in a friendly on February 16, while later this year, they will defend their Caribbean Cup title and compete in the 2017 edition of the CONCACAF Gold Cup.

American coach Bruce Arena has called up an experienced squad for the game. It includes 29-year-old midfielder and captain Michael Bradley. The United States captain scored for the hosts in Jamaica's 2-1 win at the 2015 CONCACAF Gold Cup.

The game is a big test for a Jamaica squad which will depend heavily on local-based players. Two players to watch are Boys' Town forward Shamar Nicholson and schoolboy Jourdane Fletcher of Montego Bay United.

The head coach is Theodore Whitmore.