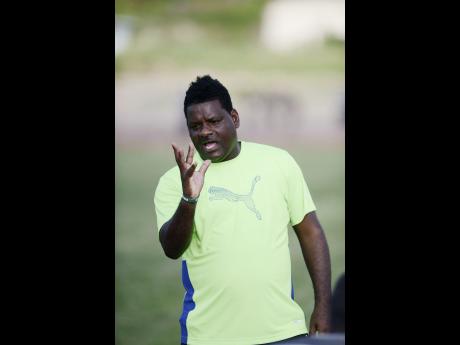 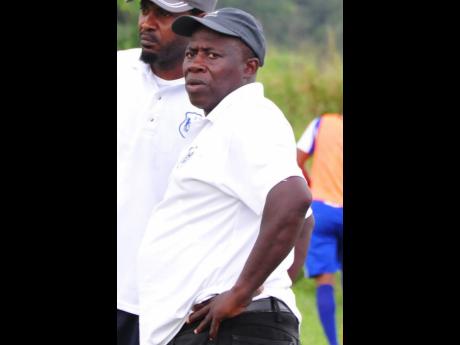 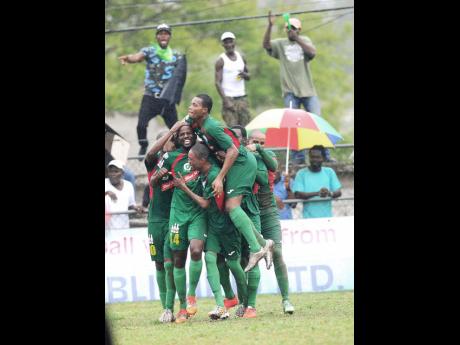 File
Members of the Humble Lion team celebrating a goal at the Effortville Community Centre. 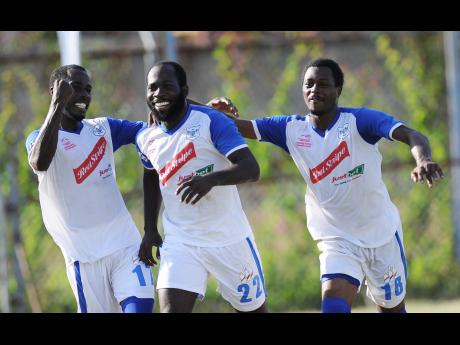 The saying 'when the cat's away the mice will play' will apply to Humble Lion today when they host the plucky Reno Football Club in Red Stripe Premier League action at the Effortville Community Centre.

With just a point and goal difference separating the top four teams, fourth-place Humble Lion, who are just a point behind second-place Montego Bay United and on the same points as third-place Tivoli Gardens, but with an inferior goal difference, will be aiming to capitalise on the absence of the duo. Both teams would have met today, but with defending champions Montego Bay United competing in the Caribbean Football Union (CFU) Club Championships, the game has been rescheduled.

"In terms of points, we are joint second, and with Montego Bay and Tivoli Gardens idle, we could use this opportunity to climb up the table with a win and hope that UWIFC falter, which will make it even better for us," Donovan Duckie, coach of Humble Lion, said.

If all that Duckie hopes for happens, then Humble Lion will march to the top of the table. To do so, they will have to get through Reno FC, who have designs of their own.

"This game is of utmost importance to us. We are aiming for a place in the top six, and Harbour View are just a point behind us, and we are six points behind sixth-place Arnett Gardens, so we cant's afford to lose," explained Wendell Downswell of Reno.

He added: "Our intention was to get the maximum nine points for the month, but we have fallen short, having won our first match and losing the second to Arnett in the last two minutes of the game last week."

Today's game, Downswell said, will be like a grudge match as "the first time we met this season, they beat us, and in our second game, they beat us at home. Traditionally, they have never beaten us at home and we intend to avenge that".

For Humble Lion to get the better of Reno, they will have to improve on last Monday's performance when they registered a 2-1 win over Boys' Town, according to Duckie.

"As I said on Monday when we played against Boys' Town, I thought we did not manage the game well, and we are looking for some improvement. We are looking for more responsibility from the senior players, and we hope to get that," said Duckie, who will have a full squad to choose from.

Reno will still be without their main offensive threat, Craig Foster but can look to Afiba Chambers, Jason McClean, and Shawn Genus to lead their charge, while Wolry Wolfe will be the chief architect for Humble Lion with support coming from Devon Hodges, Francois Swaby, Ricardo Dennis, and Andrew Vanzie.

At Prison Oval, Portmore United should get the better of the struggling Maverley-Hughenden while Arnett Gardens should find the going tough at the rejuvenated Waterhouse. Leaders UWIFC, based on form, should get past Jamalco.