The Wright View | Foreign expertise has failed us 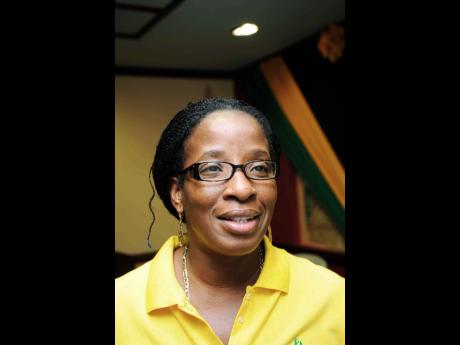 I have long held the belief that international sport should be the best of ours against the best of yours. Modern eligibility rules have made a mockery of my hope as national teams, in a fervent desire to win-at-all-costs, select athletes to national sides who have very little knowledge of, or loyalty to, their new country.

Development of any sport by a nation demands that the natives of that country who live in and play the game in the land, are given opportunities to represent their homeland and learn (and develop) the skill and nous of playing and performing at the elite level where international sport is supposed to be played.

Countries, like Jamaica who select foreigners with what are really tenuous ties to their new home, may have initial success. But over time, as the desire to maximise earnings trump the joy of national representation and the excuses for not being available for games and practices become thick and fast it eventually forces the country to come to grips with the stark reality that "development begins at home". The Jamaica Football Federation seems to have realised (for the first time, at last) that development of football begins with giving locals the opportunity of national representation.

The new selection criteria for the senior side will see us losing some matches, but with time and patience, better must come. Similarly, with administration and coaching, once the sport has moved past the learning phase, local expertise must be given a chance. In netball, our Sunshine Girls have proven time after time that the level of skill and talent available locally is among the best in the world, yet in international competition, they remain sometimes third, most times fourth.

Foreign expertise has failed us. Local expertise has been kept out of the loop by the misguided belief that a man will coach the Sunshine Girls when a woman coaches the Reggae Boyz. Thankfully, we have gone past that unfortunate philosophy, and a local coach (Ms Reynolds) recently took a team to England and defeated them in a 'Test' series. Inexplicably, the successful local coach promptly resigned on returning home, leaving frustrated fans to have all kinds of speculation as to why. But the good news was that local expertise that was always available proved that the job can be done. So the search for a replacement began. One successful local coach, whose upward climb had been stymied by a lack of coaching credentials, went to Australia, one of the two top netball nations in the world, and obtained a Level 3 certificate. Armed with this piece of paper and an impressive rÈsumÈ of coaching experience, she applied for the vacant post. She was one of three, (eventually reduced to two by the technical team assessing the applicants) who were interviewed for the job. One was an Englishwoman (of Jamaican parentage), who holds a Level 2 coaching certificate from the United Kingdom, who in world netball terms are "sometimes fourth, most times third", the other, our own Connie Francis, with a Level 3 coaching certificate from Australia.

"The board, after deliberating, concluded that both candidates had strengths and weaknesses and recommended that both work as co-coaches for a period of 4-6 weeks with a view to making a final decision at the send of that period."

Yes, you read right, the previous sentence is a direct quote from the board. Our own Connie, should work alongside her rival for the job, for six weeks, presumably helping her rival look good while our Sunshine Girls are preparing for international competition. When Ms Connie Francis declined this strange offer, board member and media relations officer Wayne Lewis, in a style obviously learnt from studying Kelly Ann Conway, came out swinging against the statements emanating from a very disappointed coach Francis.

Connie Francis will continue to be a successful coach, somewhere, she is frankly too good to be kept away from coaching jobs that may become vacant, and Jamaican netball fans will sigh and support our new coach in the desperate hope that a top two finish in international competition will materialise. Till then, my advice to local coaches is to continue improving your craft and upgrading your resume, but more importantly ... develop a foreign accent when applying for local jobs.