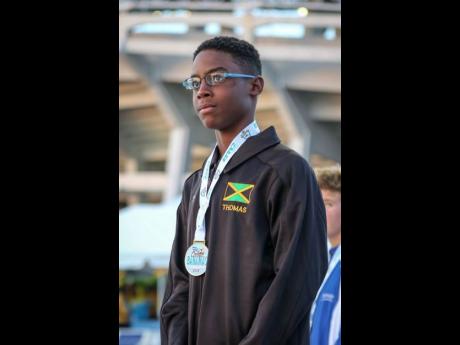 Swim coach Rory Alvaranga has credited preparedness and composure for Jamaica's 30-medal haul at this year's 32nd Carifta Swimming Championships, held at the Betty Kelly-Kenning Aquatic Centre in The Bahamas.

"The medal haul surpassed that of last year, and we are pleased. The first-timers held their composure and delivered big points that we never had over the past two years and we hope to keep this bunch together throughout the various age groups and add some depth with distance swimmers for coming years," Alvaranga told The Gleaner yesterday.

The team is jointly coached by Matthew Campbell and managed by Tastey Blackman.

The relay gold rush started with a win by the 11-12 girls team of Paig'e Lewis, Isabella Sierra, Sabrina Lyn and Zaneta Alvaranga, who stormed to victory in a new Carifta and national time of 1:55.77. They bettered the old mark of 1:57.60 set at the 2012 championships. The 13-14 team of Gabrianna Banks, Simone Vale, Brianna Anderson and Emily MacDonald won their relay by more than two seconds in a Carifta and national record 1:50.77.

Meanwhile, Nathaniel Thomas crowned himself the fastest 11-12 boy in the Carifta region, earning the lone individual gold medal on the final night. He won the 50 metres freestyle in 26.52 seconds. Thomas's time put him within striking distance of Jamaican age group star Brad Hamilton's age group mark of 26.29. The mark was set in 2002.