Teddy : No problems with Tappa 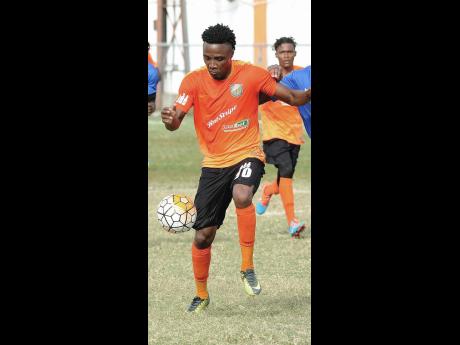 The absence of Jermaine 'Teddy' Johnson from recent football squads named by national coach Theodore 'Tappa' Whitmore has led to speculation that the coach and the Tivoli Gardens marksman fell out during the time they played together in the national team and are yet to bury that hatchet.

But Johnson, in an interview with The Gleaner this week, declared that the 1998 two-goal World Cup hero Whitmore is his idol and they have no beef.

"You can never have a beef with Tappa, because Tappa is the type of person when you are around him, you have to smile because he is always giving jokes.

"But I get those questions all the time, but Tappa and I are good as far as I know. I don't know how he feels towards me (now), but I know how I feel towards him, and we have nothing," Johnson said.

Johnson revealed that his relationship with the present national coach is not as close as it is with some former Reggae Boyz, but he insists that there has never been any ill feeling between them, even though there are rumours that they fell out when both were players back then.

"We have never had a fallout, so I don't know the reason (people are saying it) because Tappa is my idol. But Jamaican people are going to think all kinds of things if a player is doing good and the coach is refusing to give him a call ... because that is how we are.

"Hopefully, we can talk it over something to make them (public) feel good. He is not a person that I have that close links with like I have with 'Pepe' (Ian Goodison) or 'Bibi' (Ricardo Gardener), but we cool, and he is somebody I rate highly," he added.

Johnson led all scorers after the preliminary round of the Red Stripe Premier League with 16 goals, one more than Shamar Nicholson of Boys' Town.