Shock exit for Jamaican men in 4X100m at World Relays 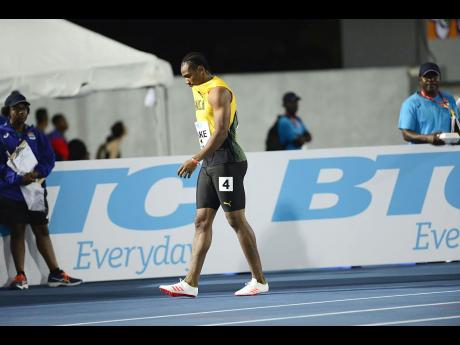 Gladstone Taylor
Yohan Blake shows his disappointment after Jamaica dropped the baton and failed to finish in the heats of the men's 4x100 metres at the IAAF/BTC World Relays at the Thomas Robinson Stadium in Nassau, Bahamas last night. 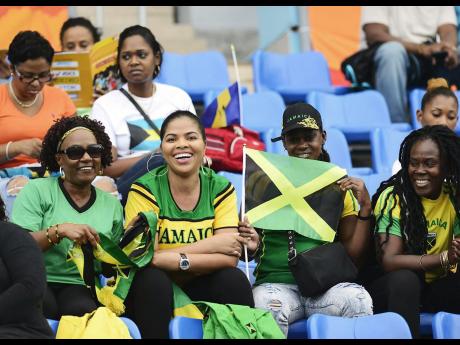 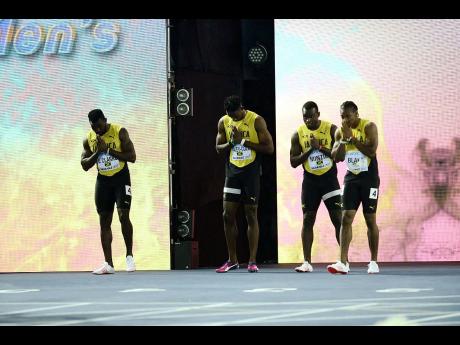 Jamaica, one of the hot pre-meet favourites for the men's 4x100 metres, suffered a shock exit from the event at the IAAF-BTC World Relays in the Bahamas last night.

A terrible mix-up on the second leg between incoming runner Kemar Bailey-Coley and Jevaughn Minzie ended with the baton falling in heat one of the event.

The Jamaican quartet got off to a brilliant start when Everton Clarke outsprinted his rivals to hand over to Bailey-Cole. However, Bailey-Cole failed to connect with third man Minzie and the baton fell to the blue track, stunning the many Jamaican fans in the stands.

Jamaica was one of the top teams entering the meet. They won at the first meet in 2014 and were second in 2015 behind the United States.

"We are disappointed because we came out with a lot of confidence and we really wanted to make it into the final," Clarke said. "It is just of those things because in the relays, you have to carry the baton around and we failed to do so today."

Minzie labelled it a terrible mix-up.

"I can't blame anyone because it was just a terrible mix up on the third leg. We know that we would have won this race, but it wasn't to be for us today."

Meanwhile, in the women's 4x400 metres, Jamaica qualified for today's final when they placed second to Poland in the third and final heat. Jamaica clocked a season's best 3:29.93 with Poland winning in 3:29.42. The United States clocked the fastest time, 3:29.27, in winning heat one.