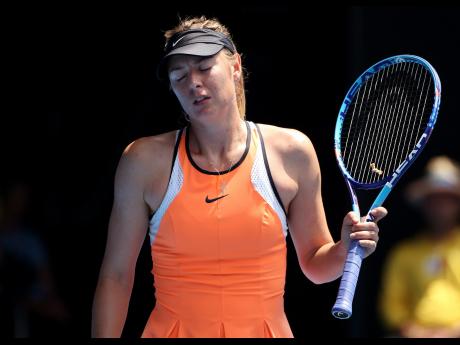 Defending champion Andy Murray was eliminated by local favourite Fabio Fognini 6-2, 6-4 before a raucous crowd in his opening match at the Italian Open yesterday.

Italy's top player at No. 29, Fognini, frustrated the top-ranked Murray with drop shots and other aggressive play.

The unpredictable Fognini, led 5-1 in the second set and nearly let Murray force a third set with a series of errors but finally closed it out when he served for the match for a second time.

After completing the best year of his career last season, Murray has won just one of his eight tournaments this year.

Prosecutors say in a statement yesterday they have accused Falcao of gaining illegal fiscal benefits and evading taxes after signing for Spanish club Atletico Madrid in 2011.

The striker stayed for two seasons before joining Monaco in 2013.

The son of Hall of Famer Moses Malone is suing Houston Rockets guard James Harden, saying the MVP candidate paid to have him assaulted.

Lawyers representing Moses Malone Jr say he "was violently attacked by a group of armed men" while entering a club last June after making a Facebook post criticising Harden for charging $249 at a basketball camp.

Blount is one of four men who were charged last year with aggravated robbery with a deadly weapon. Harden hasn't faced any charges.

For Bernard Giudicelli, the fight against doping was more important than Maria Sharapova's popularity.

So he decided not to award her a wild card for the French Open.

Giudicelli, the president of the French Tennis Federation, phoned two-time champion Sharapova yesterday to tell her she would not get an invite to play because of her past doping ban.

Three other tournaments, including the Italian Open this week, have given her wild cards since her return from a 15-month ban last month, but Giudicelli wasn't swayed.