De Grasse plans to put on a show 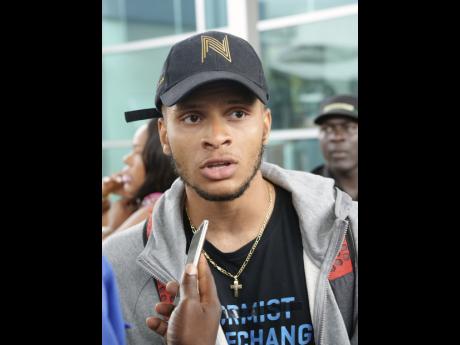 Canadian sprint star AndrÈ De Grasse said he is hoping to put on a good show for fans at tomorrow's staging of the Jamaica International Invitational meet at the National Stadium.

De Grasse, who won silver in the 200 metres and bronze at 100m at last year's Olympic Games in Rio de Janeiro, will compete in the longer event tomorrow.

He will face the likes of American LaShawn Merritt and Jamaica's trio of Warren Weir, Nickel Ashmeade and reigning Commonwealth Games champion Rasheed Dwyer in the event.

De Grasse, who arrived in the island yesterday, will be competing in his first 200m for the season and he said he is looking forward to tomorrow's competition.

"I am going to just execute my race. It is my first 200m of the season, and so I am going to try and go out there and execute and bring home a win for the crowd and have some fun," said De Grasse.

"My season has jumped off a little bit slow, but it's OK. It's early in the season because the plan is to peak at the World Championships in August," De Grasse said.