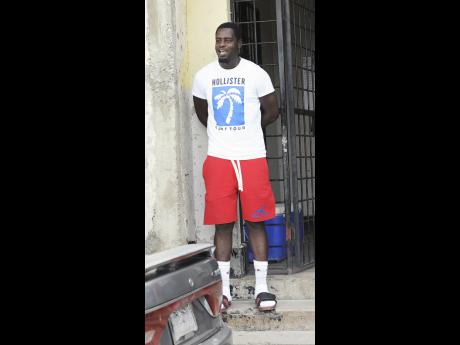 Arnett Gardens captain, Oneil 'Bigga' Thompson is focusing on beating Portmore United in the Red Stripe Premier League (RSPL) final in order to lift his and the club's second title in three seasons.

Both teams will battle for the nation's top football title next Monday at the National Stadium in Kingston, starting at 8:30 p.m.

"This is our second final in the Premier League in three seasons and it is a great feeling to be back after winning in 2015," Thompson who is popularly called 'Bigga' told The Gleaner after his team's training session last Tuesday at the Anthony Spaulding Complex in Trench Town.

"Portmore are in our way, we know that they are a good team. We have to be organised as we were against Montego Bay United and Humble Lion," the 33 year-old central defender reasoned.

"We have played two strong teams in the quarter-final and semi-final and overcome them, so it will be difficult for any team to beat us," he warned Portmore.

"We are not trying to do anything different at this stage. We started the season without top players such as Renae Lloyd, Vishinul Harris and Keneil Hyde. Now, we are at full strength with all players available.

"The chemistry in midfield wasn't there but with the players back, we are ready for Portmore," added Thompson who transferred from Boys' Town in 2014 and who also represented Norwegian side Notodden FC player.

Arnett Gardens started the season well but fell off during the third and final preliminary rounds and eventually finished sixth in the regular season. Thompson shared that the team decided to focus on the playoff portion of the season after falling behind in the league race and believes the Junglists are peaking at the right time.

"We realised that winning the regular season trophy for the team that end with most points was out of our reach. Then, we paced ourselves and peaked at the right time," the Arnett captain shared.