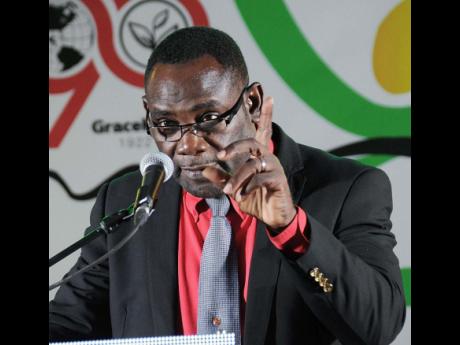 President of the Inter-secondary School Sports Association (ISSA) Dr Walton Small has responded to concerns raised by the old boys' associations of five prominent high schools in a letter addressed to the minister of education, where the organisation's operations were brought into question.

Small, during an interview with the RJRGLEANER Communications Group yesterday, defended his organisation's position and contribution to athletes competing in its events - pointing to a $23 million payout to schools from its Boys and Girls' Athletics Championships revenues, while revealing that ISSA does, in fact, prepare and present audited annual financial statements, from Barrett and Company Chartered Accountants, as well as unaudited termly financial documents to its membership, which is made up exclusively of principals. Small also stated that ISSA's books are also audited by the Ministry of Finance.

"The concerns that the old boys have, they have access to all of this information through their principals. It's a principals' association running the sporting activities, but the organisation is made up of principals who are accountable to their stakeholders. For example, when I go to my board meeting, I have the president of the Wolmer's (Old Boys') Association on our board, so if he has concerns about the sporting aspect of ISSA, then he can speak and run the information through me, and it's the same thing that happens for all the other principals," said Small, who will be seeking his sixth straight two-year term at the helm of the association at today's annual general meeting at The Terra Nova Hotel.

Small shared that ISSA has always prepared audited financial reports throughout his tenure, noting that this is, and must be, presented to principals at the organisation's annual general meeting, while pointing out that records are easily accessible through principals, to whom, he maintains, the ISSA executive is accountable.

On the matter of the need for greater support to student athletes, Small noted that ISSA paid out over $20 million to schools which participated at Champs 2017, adding that every school that competes in its football events also receives grants.

Small added that all winning schools in every ISSA competition this year will also now receive monetary reward.

"The issue of the funds and what ISSA does with the funds ... ISSA is a non-profit organisation and we operate from sponsorship, as well as from gate receipts. We have a secretariat. We employ competition officers and office staff managers and so on. Those individuals have to be paid. In addition, we have overheads of various other types that we have to deal with," Small said, while pointing to the litany of competitions managed by the organisation at Under-19, Under-16, and Under-14 levels in over 15 sporting disciplines.

While acknowledging that ISSA would like to do more in this area, Small noted that the Greenfield Media Productions synergy between itself and GraceKennedy, will be the vehicle, which leads to greater subvention for schools in the near future, once its media rights - negotiating machinery comes to bear fruit.

Small also answered questions raised by the old boys' alliance, surrounding the arrangements between the ISSA executive and Greenfield, stating that while there is position-based ISSA involvement, there is no personal financial gain for its executive members, who sit on the Greenfield board.

"The competitions officer must be on that board, the president and three other members. This is tied to the positions in ISSA because the individual can change any time," said Small.

Speaking to a couple of other suggestions made by his executive's critics, Small also believes it is unnecessary for non-principal stakeholders to be added to the ISSA executive and says it's up to the principals to decide if term limits should be introduced.

Meanwhile, the Wolmer's Boys' School principal said he is not concerned about a possible challenge to his presidency at today's meeting and is convinced that his tenure can continue positively.