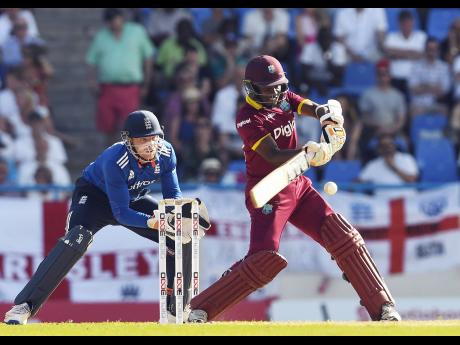 Jason Mohammed hopes to mark his first international appearance before his home crowd with something special and hopes the occasion can produce his maiden One-Day International hundred.

The 30-year-old right-hander has been the leading batsman this year for West Indies this year in ODIs, gathering 292 runs from eight innings at an average of 41, with a career-best unbeaten 91 against Pakistan in Guyana last April.

He is once again expected to be a key player in the Windies middle order in the five-match series against India and told reporters on Wednesday that scoring three figures against the visitors would be an amazing achievement.

"I got pretty close against Pakistan. To score my first international hundred against India would be brilliant," Mohammed said.

"I would love to do it in front of my home crowd; doing it at home would make it a little bit more special. I'm very hungry for that, but at any point in time, I'll take it whereever it is."

He added: "It's an important series for the team and for myself. Obviously, India are one of the best teams in the world, if not the best in this format. It would nice to put in some good performances against them as an individual, especially being home.

"It is the first time playing 50-over cricket at home internationally so I want to put on a good show and put in good performances."

Mohammed struck two half-centuries in the three-match series against touring England last March and then followed up with two more fifties in another three-match rubber against Pakistan in the Caribbean.

However, he struggled against minnows Afghanistan earlier this month with scores of seven and two in his two innings, but said he was focused on returning to his prolific scoring in order to further establish himself.

West Indies face India in the opening ODI on Friday at Queen's Park Oval and play the second two days later at the same venue.