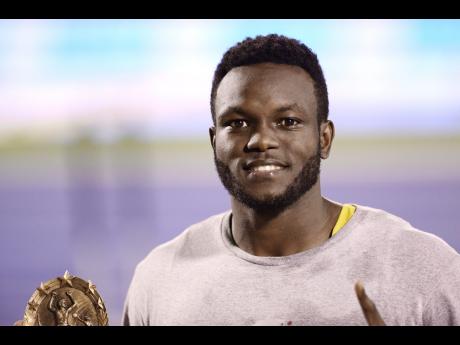 Ricardo Makyn
Ramone Bailey celebrates with his gold medal after winning the men’s long jump event at the JAAA National Senior Athletics Championships with a jump of 8.16m at the National Stadium on Saturday. 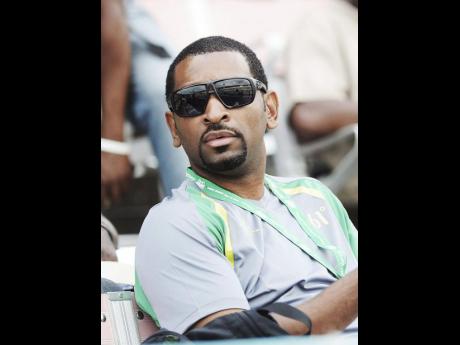 Earlier this week, the Excelsior High School head coach said that in the post-Bolt era, Jamaica's throwers and jumpers would save the country's World Championships and Olympic Games medal count.

Bolt, the world-renowned "king of sprinting", is set to retire after this year's World Championships in Athletics in London.

"If you look at what is happening at the junior level from 2010-2011, in 2010, as well as in 2012 and 2014, we had a steady increase in the number of juniors that were participating in non-track events. (For) triple jumpers, high jumpers, discus throwers, and shot putters, it was a growing number of persons who had attained the international qualifying standards in non-track events," Riley told The Gleaner earlier this week.

On Saturday, Bailey did just that, qualifying for this summer's World Championships by exceeding the qualifying distance of 8.15m. He joins former national champion Damar Forbes in London.

"I just think it's (Bailey's jump) consistent with what was stated," Riley told The Gleaner yesterday.

Riley also coached Bailey during his years at Wolmer's Boys' School, where he was a member of the 2010 Boys' Championships winning team.

The athlete returned to Jamaica last year, following his college years at Texas Christian University (TCU) in the United States, and Riley said he had seen enough during training to know what was in him.

"What we have been seeing of him ... showed he had the ability to get there (8m), so it wasn't surprising, but it always good for them," Riley said.

"It kind of just confirms that what we have been doing is the route we need to take. So it's just to improve that, and the sky's the limit," he said.

Riley noted the Jamaican dominance in the field at the NCAA Championships in the USA.

"I was speaking generally, based on really what we are seeing in terms of the athletes and the competitiveness. If you look at the NCAA's results, the Jamaicans are more dominant in the field events than any other country and you are talking about the best collegiate competition. Those are the people you would be looking to go pro; the next crop of people. If you're dominating at NCAA's, it's an indication of what is possible for you," Riley said.

Bailey was the 2014 Mountain West Outdoor Champion during his TCU career.