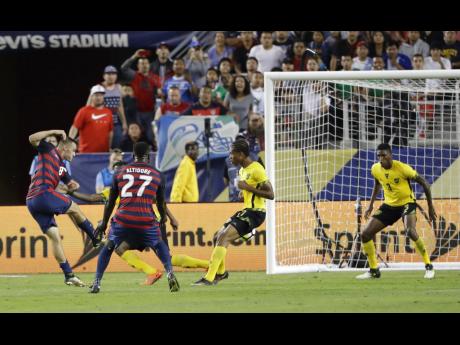 United States' Jordan Morris scores his team's second goal against Jamaica during the second half of the Gold Cup final. - AP Photos 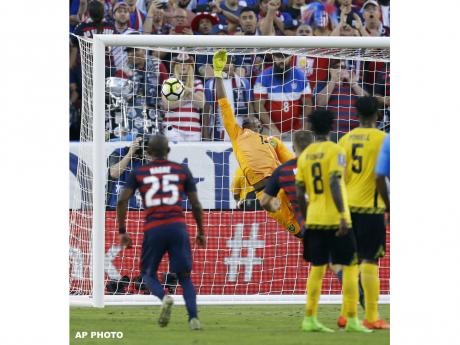 Jamaica's Darren Mattocks (10) and United States goalkeeper Tim Howard (24) watch a goal scored by Je-Vaughn Watson during the second half of the Gold Cup final. 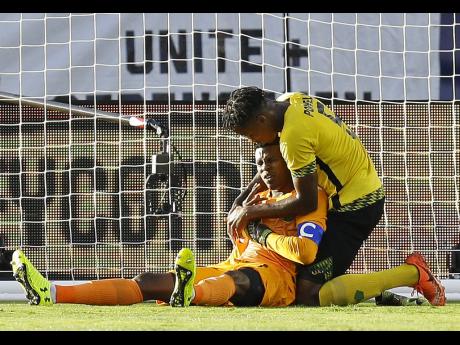 Andre Blake is consoled by Alvas Powell (right) after being injured during the first half. 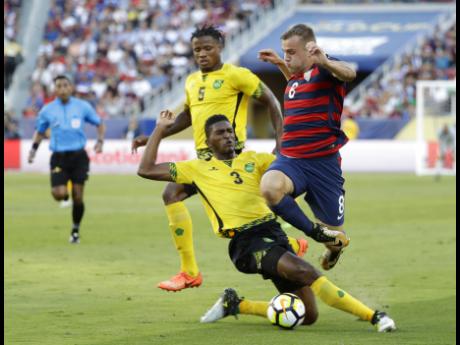 Je-Vaughn Watson tied the score in the 50th off Kemar Lawrence's corner kick. Morris, a star at nearby Stanford from 2013-15, got the breakthrough goal with a 14-yard right-footed shot after Jermaine Taylor's header failed to clear Gyasi Zardes' cross. It was the fifth international goal for Morris, who tied for the tournament lead with three goals.

IN PHOTO: United States' Jozy Altidore (27) dribbles against Jamaica players during the first half of the Gold Cup final. - AP

The US extended its unbeaten streak to 14 games (9-0-5) under Bruce Arena, who became the first coach to win three Gold Cup titles.

Blake became the first Jamaican to win the Golden Glove award presented to the best goalkeeper of the tournament while US captain Michael Bradley earned the Golden Ball at the tournament's top player.