Wilson will be head coach in London 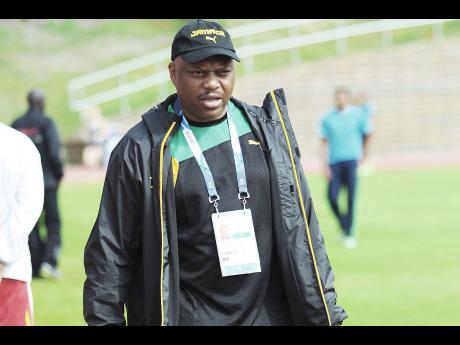 After serving as technical leader of Jamaica's team to the last two International Association of Athletics Federations (IAAF) World Championships as well as the 2014 Commonwealth Games and the Rio de Janeiro Olympics, Maurice Wilson will be travelling to next month's World Championships in London as head coach.

General Secretary of the Jamaica Athletics Administrative Association Garth Gayle told The Gleaner that Wilson made the request to be removed from the post of technical leader so that he could concentrate on his athletes in London.

"(Maurice) Wilson requested to (be replaced). He has 10 athletes on the national team and it's the most he has had at any championships," Gayle told The Gleaner yesterday.

"The matter of the technical delegate was a decision of the JAAA executive," said Gayle.

Meanwhile, former head coach, Michael Clarke, who was named to the team, will not be making the trip due to what The Gleaner understands are personal reasons.

"Michael Clarke will not be in London. He is unable to travel. He is not available," said Gayle.

Gayle said an alternative coach had already been named the 22-member management delegation.

"It has been done. That was factored in the team that was named."

The 56-member team is led by double world sprint champion Usain Bolt on the men's side and reigning Olympic 100m and 200m champion Elaine Thompson on the women's side.

The remaining members are: