Hudson fights off injuries to get silver at World Para Champs 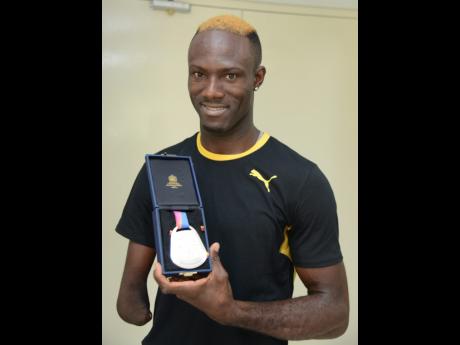 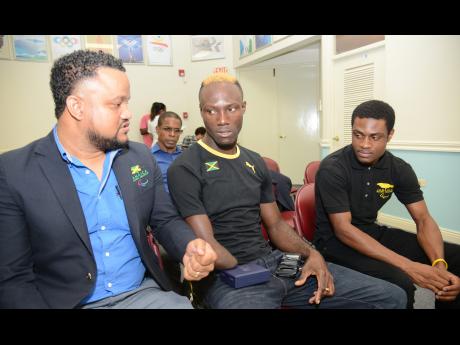 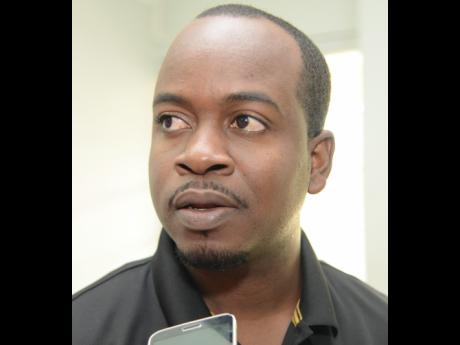 Shane Hudson, Jamaica's lone medallist at the recently concluded World Para Athletics Championships in London, said he was very surprised by his performances at the meet.

Hudson won silver in the men's 400m T47 event in 49.60 seconds behind Gunther Matzinger of Austria, who won the gold in 49.35 at the July 14-23 meet. At a function to honour him for his achievement at the Jamaica Olympic Association head office yesterday, Hudson said:

"I am feeling great for this because it shows that hard work and determination pay off. I was surprised by my performance at the championships because I was having a lot of injuries going into the meet, and I didn't really start full training until the last week in March."

He added that the competition was not very difficult because he has always competed against the athletes in London, so he knew that he would have won a medal.

"I think I could have done better if I had just relaxed on that top curve, but that is just how it goes sometimes. I think this will boost my career a lot because I finished fourth last year in Rio de Janeiro," he said.

David Richards, manager of Jamaica's Paralympic team to London, said that despite only winning one medal at the meet, the athletes tried their best.

"The performances were a bit below par because we were expecting more medals.

"There is room for improvement, most definitely, but at the end of the day, Shane came out with a medal for us," he said.

Richards added that Hudson had tried very hard to get gold.

"He fought gallantly for that gold medal, and coming down to the 130 metres mark, you saw that he was giving it his all, but at the end, the Austrian guy was very good in his technique," Richards said.