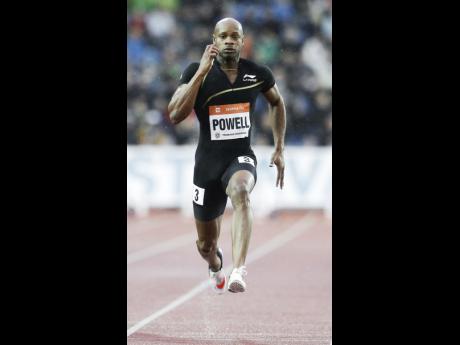 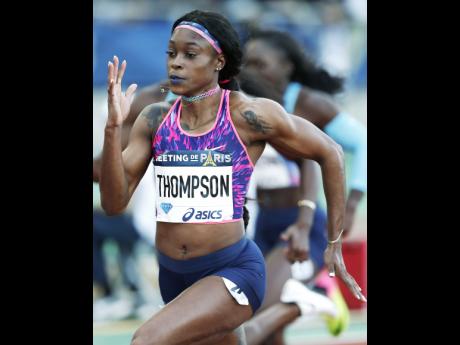 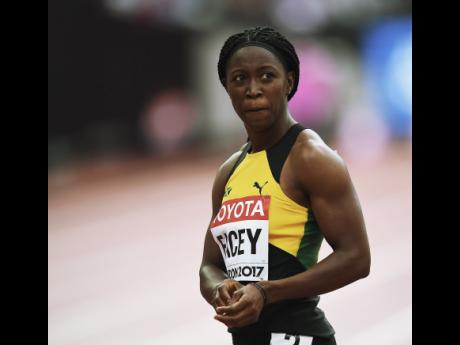 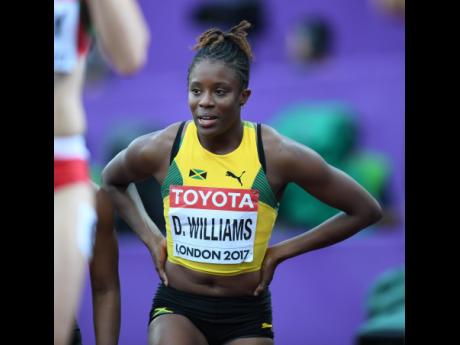 Five Jamaicans will be chasing the $6.4-million jackpot as the first of two IAAF Diamond League finals take place in Zurich tomorrow inside the Letzigrund Stadium.

This year's revamped series has a championship feel to it, with athletes vying for qualifying points in their respective events at Diamond League meets throughout the season.

The top eight finishers (12 in long-distance events) have since secured their spots in the finals with the Zurich and Brussels meets splitting the 32 disciplines in the 2017 Diamond League curtain closer.

Asafa Powell, Elaine Thompson, Danielle Williams, Kimberly Williams and Simone Facey are among those currently in the Swiss city with one eye on the US$50,000 cash prize and shiny diamond trophy on offer for each event winner.

Powell ended the 2016 season as Diamond Race winner in the 100m and with another injury-crippled year on his account, the sprinter, who is yet to dip below 10 seconds this year, will find things challenging as he comes up against world champion Justin Gatlin and a slew of talented youngsters such as Akani Simbine, Chijindu Ujah and Ben Youssef Meite in the men's 100m finale.

Powell, who missed the final due to injury, has not raced since his second place semi-final finish at the National Senior Championships in late June, but will no doubt be seeing this opportunity as a chance to light a candle in a pretty dull season so far for him.

If he faces the starter, it's fair to think that Powell will be among the challengers for the big payday and diamond trophy.

Elaine Thompson returned to form a few days ago at the Birmingham Diamond League, winning the 100m in 10.93 seconds after a World Championships campaign that saw her finishing a surprising fifth in a 100m final that she was largely expected to win.

Her last 200m outing also didn't go exactly to plan with a third place run at the Prefontaine Classic in Eugene in May - the meet where she suffered her now-famous Achilles problem.

The 100m Diamond Race champion from 2016 will return to Zurich for a bite at the half lap cherry and she might need to get in the 21.85 seconds region - the same time that gave her the win here last season, if she is to hold off the group of well-tuned female sprinters lined up in this one.

However, World Championships top two Dafne Schippers and Marie-Josee Ta Lou will ensure that this will go down as one of the races of the meet. Another Jamaican, Simone Facey, will also line up in this 200m final but will no doubt find it difficult to get among the top places.

Kimberly Williams is another Jamaican, who had to deal with disappointment at in London at the World Championships. Finishing outside the top eight at a major championship for the first time in her career, Williams looked more like herself in Birmingham, taking second place with a 14.44m effort - her second best legal jump this season.

The usual suspects are all here, world champion Yulimar Rojas, the dominant Caterine Ibarguen, who has won this title every year since 2013 and Olga Rypakova, meaning Williams will need another big night if she is to challenge for the top spot.

Sprint hurdler Danielle Williams was expected to be in the mix at the World Championships but saw her title defence crash at the semi-final stage in the competitive 100m hurdles event.

She will again face a tough test when she faces veterans Sally Pearson, the word champion and Dawn Harper-Nelson along with the American brigade of Jasmin Stowers, Sharicka Nelvis, Kristi Castlin and Christina Manning.