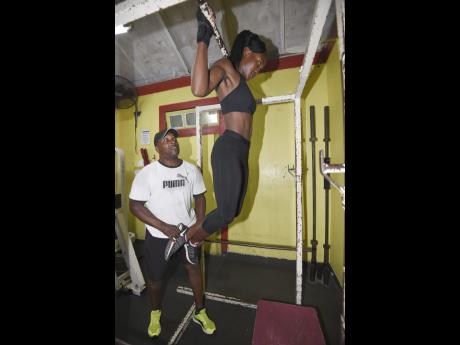 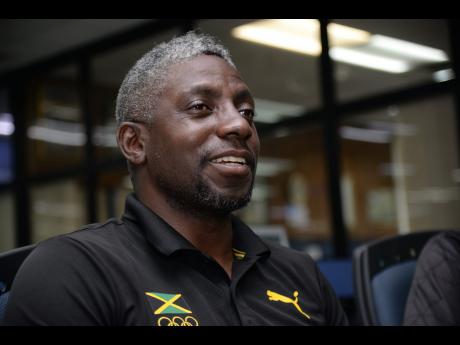 Kristen McGregor is a 22-year-old fourth-year sports management major at the University of Technology. There, she is also a 100 and 200-metre sprinter, but has recently taken up the sporting disciplines of rugby union and bodybuilding.

Trying new sports has already been paying off for McGregor, as she finished third overall in the Women's Bikini Fitness competition at the Jamaica Amateur Body Building and Fitness Association National Championships last month. She told The Gleaner that for her, it is most important that she makes a name for herself, by making the most of her natural abilities.

"Track and field is not for everybody," she said. "There is other stuff out there, and people should try other stuff. That is how I ended up where I am, because I have an open mind and I want to achieve something.

"I want to say Kristen did this. I want my name to be there, and I said wherever I can put in the work and wherever my ability takes me, I will put my effort there, and I put it into this (rugby and bodybuilding).

"I love to work out and am afraid of fat," she laughed. "So anything that keeps me active and going, I will be a part of it. That is why I chose bodybuilding."

But she said that although she loves her daily training sessions with coach Barry Wilson at Fit Farm Fitness Club in St Andrew, she had a difficult time at first, finding the discipline to diet for the competition. She said that this is because there is a big difference between how bodybuilders and all other athletes train.

"The dieting was way new. I've never done such a diet and actually stuck to it," she said. "Cutting out sweets and all those things (was difficult). I am a sweetie person, and for me to be told 'you can't have sweets, you can't have juice,' I was like 'So what am I going to have?!'

McGregor, who is also a winger for the Jamaica Lady Crocs rugby union team, scored her first international try while playing in the Rugby Americas North tournament in Florida last summer. She said that although she is not as big and physically imposing as some of her opponents, she is able to use her speed to her advantage on the rugby field.

"When you swing the ball out as fast as possible to me, I can beat the opponents before they reach me on the corner or in the middle, but if they carry the ball to me with the opponent coming, I will have way more difficulty (because the opponents will use their strength to tackle her). So my speed helps me when the ball is free passing and my opponents have to run to catch me," she said.

Jamaica Rugby Football Union (JRFU) chairman Jerry Benzwick had appealed to sprinters to join his programme after what was considered a disappointing campaign in the Hong Kong Sevens tournament in April, and while he is pleased that McGregor answered the call, he is hoping more will follow her example.

McGregor said that she hopes she is setting an example for other young girls who may be afraid to try rugby or bodybuilding for fear of criticism that it is not feminine enough.

"Do you, be you, and just enjoy whatever you do," she said.