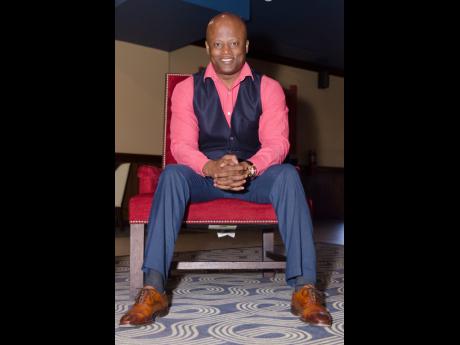 Maurice Ashley made black history by becoming the first ever African-American chess grandmaster in 1999 when he defeated Romanian Adrian Negulescu over a series of nine games, gaining the required norms needed for the achievement.

Growing up in Tower Hill, St Andrew, and migrating to the United States at age 12, Ashley is also, by extension, the first Jamaican to accomplish such a feat. He said although creating history was not his primary focus as he was just focusing on becoming a grandmaster, during the games with Negulescu, it was made very clear to him by other black players within the chess community what he was on the verge of achieving.

"I was very close to it. I had two norms already, and all I heard was the brothers and sisters saying, 'We're watching you, Maurice. Do it! Do it, man! We're rooting for you! Make us proud!' he shared.

"If I wasn't going to do it for myself, I had to do it for them - the brothers and the sisters at the chess tournaments. They knew it was a major moment, and they were waiting for it because they didn't have a black grandmaster to look up to and say one of us did it."

Ashley has often been compared by many to baseball legend Jackie Robinson, the first black professional baseball player. However, Ashley believes that such a comparison may be exaggerated.

"I have heard it. People make comparisons, that's what we do. I'm one who does chess commentary, so I engage in some hyperbole (exaggeration) myself," he said. "Jackie Robinson went through a lot more than I did. I understand the correlation in terms of being a pioneer in a sport. I get that.

"Jackie Robinson, though, went through such harsh conditions than I ever could imagine. I remember reading his autobiography, and I can tell you how inspiring it was to read the difficulties that he went through and to understand that his path was absolutely torturous. He had to stand up as a man and handle his business. I don't compare myself to a great person like Jackie Robinson because I feel like I'm standing on his shoulders and the shoulders of many giants who preceded me."

Ashley said that he was never bothered by preconceptions based on stereotypes that Blacks do not necessarily belong playing chess because some may believe that they lack the intelligence needed to excel at it.

"Clearly, there are people who look at black people and anybody in their own limited way," he said. "They have a mindset that says that this race does X, that race does Y. That's not our problem. For me, I grew up proud of my intelligence. My grandmother was a schoolteacher. She taught us our ABCs and our 123s at a young age, and she wanted us to hold our heads up with pride when we went to school and be read and be educated. I was already thinking of myself as the smartest person in the room every time I walked into the room. I didn't care who you were, whether black, white, Green, Purple. You're going to have to challenge me because I'm bringing it."

Ashley looked to other black sports icons for inspiration and said that one story that stands out most in his mind is that of American tennis legend Arthur Ashe.

"He was such a mild-mannered, peaceful giant. He went about his business in the classiest way," Ashley said after a few seconds of deep thought. "He was courageous, particularly in his fight when he found out that through no fault of his own, he was HIV-positive and he was going to die, leaving behind a beautiful wife and daughter. Reading his story, as well, was inspirational.

"The imprint his story left on my heart is that if people can overcome that, then whatever I'm doing is really nothing in comparison. Not belittling my own journey, but it's just clear that life is about struggling and overcoming those struggles, those challenges, and becoming great at what you do."