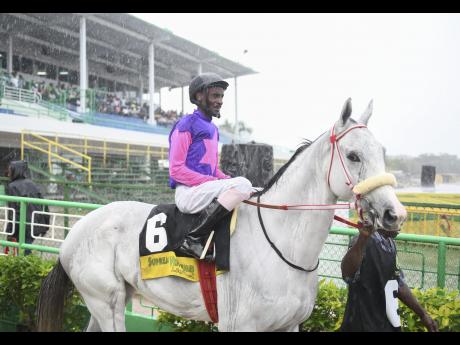 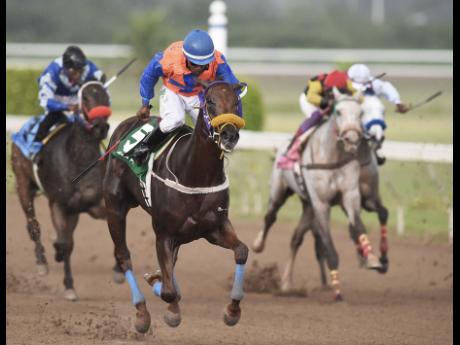 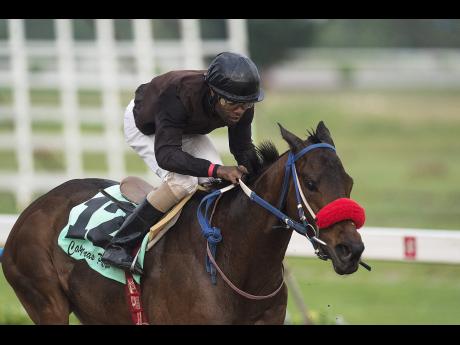 UNCLE VINNIE should use his superior class to give Sunrise-6 players a winning start in tomorrow's opening race at Caymanas Park.

The 1300 metres distance appears a bit short for the colt who ran in the 2000 Guineas, Jamaica Derby, and Jamaica St Leger last year with a best placing of fifth in the Derby, but at four years old, he should still be improving and be strong enough to get the better of older horses.

Trainer Gary Subratie brought him back in September after the Classic campaign, and he captured an 1820 metres race in mid-September after placing second over 1500 metres on September 9. His only danger is MEMORY OF TS, who clocked a very good 1:26.4 for 1400 metres against $450,000 claimers last November and was prominent for a long way in an $850,000 claiming

The Anthony Nunes-trained FASHIONISTA is the one to be on in Race Two. On, form EL PROFESOR looks the best in the eight-horse field, but he cannot be trusted after running second in all his four starts. Two of those second-place finishes came over 1100 metres, the same distance he will travel tomorrow. In her first start, FASHIONISTA, a half-sister to speedsters such as CAPTUREMYSHIP and the highly rated ROYAL ASSAULT, was just over a length in third behind EL PROFESOR after breaking slow, and with that experience behind her, will prove hard to beat tomorrow.

Sunrise-6 players can bank on UNBREAKABLE in Race Three. The selection clocked 1:14.0 in placing second to Hologram Shadow on December 26 and should have first run over main rival URBAN PRINCIPAL from the bang-in-form stables of Patrick Lynch.

The fourth looks tailored for BLOOD SONG to be ridden by female apprentice Natalie Berger. The four-year-old gelding, with Berger aboard, won a maiden race over 1300 metres on December 2 and returned with a creditable run in non-winners of two (1400m) on Boxing Day. BLOOD SONG ran without a visor and figure-8 in that last race, but the racing equipment has now being refitted. It's a strong indication that the horse will be looking to produce another big run.

The last two events in the Sunrise-6 should go to KING NEBARUE (well handicapped) and ARMAGEDDON (working well). The latter should give Omar Walker his first win since his injury in mid-October.