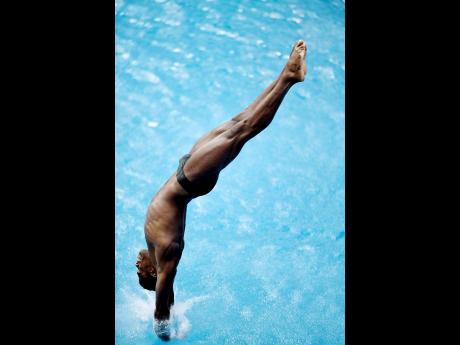 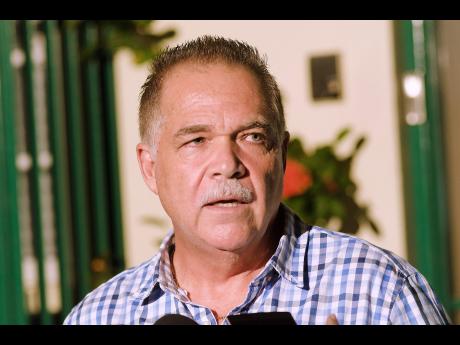 Jamaican diver Yona Knight-Wisdom said that winning the Men's 1m final of the British Diving Championships has told him that his preparations are on track for April's Commonwealth Games in Gold Coast, Australia.

Knight-Wisdom rebounded from a fourth-place finish in the Men's 3m final, where he scored 415.85 to take the gold medal in the 1m event, with a point total of 392.40.

"This is the first time I've actually won a major competition, so it is a major accomplishment for me. It was an incredible feeling to win the event," he told The Gleaner.

The 22-year-old's last outing was during the Gold Coast, Australia, leg of the FINA Diving Grand Prix last November, where he finished fourth in the 3m dive, an improvement on a 28th-place finish last summer in Budapest, Hungary. He said that from there, he was focused on improving his technique.

"I mainly had to improve my confidence when I got on 3m to get the right technique," the Olympian said. "Training over the Christmas period was very intense. We only had five days off on the 24th, 25th, 26th, 31st, and January first. During that time, I was working on the consistency of my dives. It was difficult to keep my body 100 per cent fit because of the intensity, but I managed to get through it."

Knight-Wisdom, who now turns his attention to the Commonwealth Games, said that he will be looking to keep his technique as is, heading into April.

"This weekend told me that I'm in a good place right now in preparation for the Commonwealth Games," he said. "I just need to continue doing exactly what I've been doing so far this season, hopefully, stay injury free and by the time the Games begin, I should be completely ready.

"I'm not really going there with expectations," he added. "My goals are to perform as well as I can, give 100 per cent for Jamaica, and, hopefully, get up on the podium in either event (3m or 1m)."

Aquatic Sports Association of Jamaica (ASAJ) president Martin Lyn has praised Knight-Wisdom for the win, saying that it is a great achievement for the country.

"I am really happy, not just for Yona, but for aquatics in Jamaica, that he can take this diving experience and showcase Jamaica as a major aquatic destination. It really is a very good thing for Jamaica to have Yona because he reaches other places that other sports cannot reach. We must also bear in mind that Yona is doing this on his own. We, the ASAJ, are very supportive, especially me as vice-president of diving, but he's doing a lot of this on his own and is still promoting Jamaica. When he goes and he presents our country, it's Jamaica that's broadcast on the scoreboard and that's said in the commentary, as well as Jamaica that's bearing a lot of benefit from Yona."