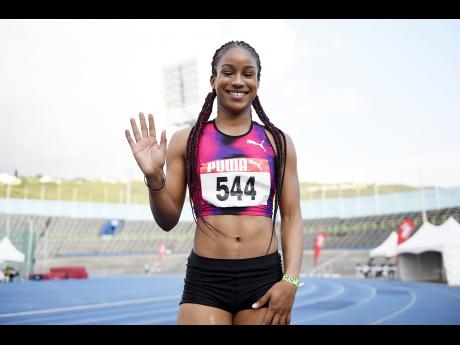 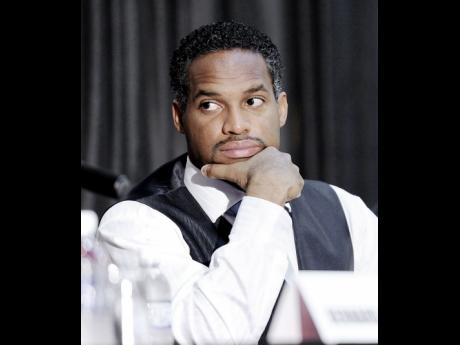 It is easy to see what all the fuss is about where young Jamaican sprinter Briana Williams is concerned.

With a personal best of 11.13 seconds, which makes her the fastest 15-year-old female in the history of the 100m and a record-breaking performance at the recent Carifta Games in The Bahamas, where she won the Austin Sealy Award after breaking a 20-year 100m record with an 11.27 seconds run, taking the 200m in a personal best 23.11 and helping Jamaica to the 4x100m relay title, there's little wonder she's being heralded as a flag-bearer for Jamaica's next breed of sprinting royalty.

"(I was) very pleased with Briana at Carifta. It's one thing to be contending. It's another thing to be the big favourite coming in with all the hype and headlines and still deliver that sort of performance. I thought she'd run faster in the 200m, but she was hanging on by a thread at that point after five races in three days. That's a sign that she's becoming a champion," shared her coach Ato Boldon - the former Trinidadian world champion and multiple Olympic medal winner.

"I've said since the off season and watching her train and lift weights that nothing she ran in 2018 would surprise me. She's still only at three 100m finals and three 200m finals for the year, so there is more to come from her."

Still, as far as Boldon, who also makes his mark as a well-respected international track and field analyst, sees things and despite his excitement over Williams' performances and development, there are no guarantees and no sprint to senior success. He is, however, certain that the young Jamaican has the tools and will stand to benefit from his experience and philosophy.

" ... That's not guaranteed (senior success) for any young star. I have learned a lot as a young coach from having coached Trinidad's Khalifa St Fort from 12.2 in 2014 to 11.06 last year, and Briana will be the beneficiary of that, I believe. I also have my own blueprint as the first junior world sprint champion to win a senior world title. I will tell you that none of my athletes will run more than 20-30 races, total, every year. Under-racing young athletes is my core philosophy," he added.

Boldon, who made note of Williams' physical strengths, also pointed to the value of her psychological growth towards her overall development.

"Senior success also involves them being able to cope with early losses. We hear all the time about overtraining and over-racing, and that's certainly a big factor in who doesn't last long, but being able to weather the storm of early losses in a pro career is critical as well. When you go from constant winning as a junior to almost never winning at the next level, that's as big a reason why many young stars fizzle out. It means you have to be careful what competitions you put young junior stars in when they are transitioning to the senior ranks," Boldon reasoned.

"Mid-term, I want to keep her healthy and under-raced for the next two seasons while she finishes high school and keep her having fun. She's being invited to some international pro races now, and that's fine, but if this athletics thing becomes too serious too quickly, it can have a very negative effect. Another factor with young athletes is not making wins and losses, or bad experiences, be the end of the world. I see all the Briana vs Kevona (Davis) stuff as though 2018 results are so critical, and I laugh because I see it as 'what if Jamaica could have the equivalent of Elaine (Thompson) and Shelly-Ann (Fraser-Pryce) in the next generation, at the same time, in their primes'. Kevona and Briana could be that, but that's a long way away. I'll do my job on my end, but it's not a race-by-race or month-by-month thing. It's a long-term plan," Boldon added.

"She has that unique ability to rise to the occasion. She will lose races, but you will never see her have a bad performance in a big race. She's a gamer," said Boldon.