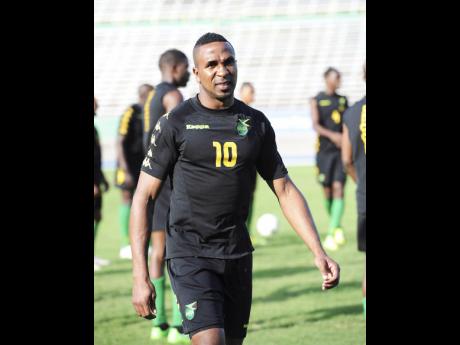 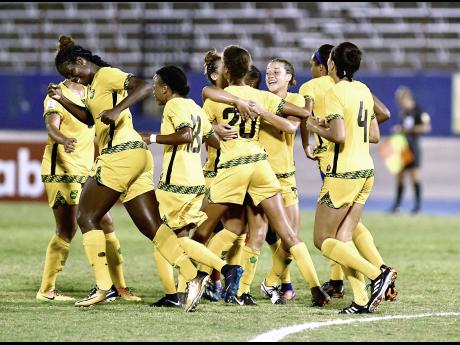 Jamaica's senior women's football team deserves our heartiest congratulations on the manner of their unbeaten run in the recent CONCACAF Caribbean Women's World Cup Qualifying competition at our National Stadium.

These girls not only won convincingly, scoring many goals, but they also showed the character and never-say-die stick-to-itiveness when faced with a half-time deficit against arch rivals Trinidad and Tobago.

But, this latest conquest of our CONCACAF neighbours pales in significance to the effort needed to qualify when we meet our continental rivals in our thrust for a spot in France next year. This makes it incumbent on the Jamaica Football Federation doing everything in its power to DEVELOP a local female football programme.

The withdrawal from competitions by the perennial unbeaten women’s football team: Barbican FC, exemplifies the enormity of the problems facing the Federation.

This is where diplomacy, communication and transparency play big roles in plotting the way forward. Unfortunately, these qualities seem to be conspicuously absent from the armament of the members of the present hierarchy of the Federation. But, we hope.

A second chance is the clarion call of all who have fallen afoul of the laws and mores of society. History is replete with examples of persons who got that much needed second chance and went on to be exemplary and productive citizens. However there are some crimes and misdemeanours that mandate a close eye on those who we think are worthy of a second chance.

For me, there are some crimes and misdemeanours that warrant caution while considering this second chance for some of us.

Ricardo Fuller has been designated as a Schoolboy Football Ambassador by the Digicel Foundation, and has begun working in the Digicel leadership and mentorship Clinics.

All the reports, so far, has been fulsome in praise of the programme and the reception afforded to Mr Fuller. I suspect that I am one of a few people who are very apprehensive about this designation of Ricardo Fuller.

Whereas he has been a successful professional footballer, whose exploits for different clubs in Europe and internationally for Jamaica, are worthy of praise, there are aspects of his behaviour on and off the field of play that scream for caution.

When a female employed to a local Company was outed by a Member of Parliament for the conviction of dealing in cocaine, the local media went ballistic in support of a second chance for a Jamaican who made “one little error” years before, and having received a second chance, made good. However investigative journalism discovered that there was not only one little error years before. There was a litany of high crimes and misdemeanours that ultimately resulted in some of her staunchest defenders expressing remorse.

In 2008, Ricardo Fuller was expelled form a Premier League game in England for striking his Stoke City captain Andy Griffin in the face. In other words, his captain got a “box”.

One year later Mr. Fuller was arrested outside a nightclub in Stoke-On-Trent for an altercation in which a woman was allegedly struck by what was reported to be an angry Ricardo Fuller.

No charges were proffered by the victim and so the case never went to court, but those incidents were reflected in the downward spiral of the career of this goal scoring striker. It is my contention that these actions that are in the public domain, and should have been a “yellow card” for those who are anxious to assist in the rehabilitation of this one time Reggae Boy.

I wish Mr. Fuller and the Digicel leadership and mentorship programme well. I must, however, voice my uneasiness and hope that Mr. Fuller is indeed a fit and proper Schoolboy Football Ambassador.