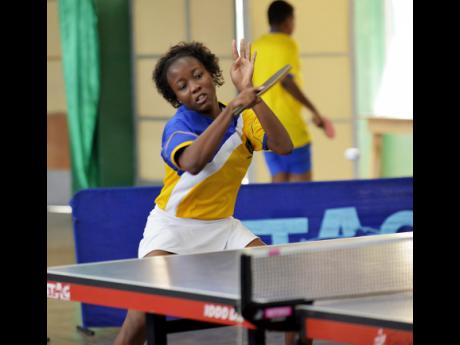 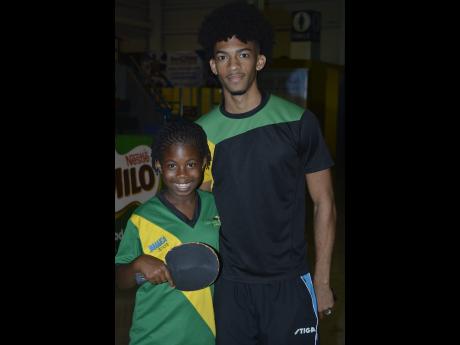 When the 60th Caribbean Table Tennis Championships begins today at the National Arena, the Dominican Republic and Puerto Rico will start as favourites over eight other countries in the team competition. Fresh from podium finishes at this summer's Central American and Caribbean Games, and aided by the absence of last year's hosts Cuba, those two countries assemble teams with quality and depth.

Jamaica, with Simon Tomlinson and Kane Watson in form, fellow three-time national champion Chris Marsh aiming at a grand farewell before retirement, and tricky veteran Alphanso Morris, are stronger than last year when Watson went down with a leg injury early in the proceedings in Cuba. They face the Dominican Republic, second last year to the Cubans, and Puerto Rico, third last year.

The latter team pushed Jamaica out in the quarterfinals, with a hapless Watson watching from the sidelines. The Puerto Ricans are led by Brian Afanador, who is world-ranked at 130 by the International Table Tennis Federation, and they arrive with the CAC Games men's team silver medal. The Dominican Republic's attack is led by reigning Caribbean singles champion Samuel Galvez, 242, and beaten semi-finalist Emil Santos, 179.

By comparison, Tomlinson and Watson share the honour of being Jamaica's highest-ranked male player at 1,034. However, the Jamaican pair has prepared for the Championships in the USA and have both achieved their highest US rankings ever.

Jamaica's female team is made of talented schoolgirls Solesha Young, Dadrian Lewis, Brittany Murray and Kelsey Davidson. Last year, Murray helped Jamaica to the bronze medal with Young getting some experience in the individual singles. With Lewis a survivor of the 2014 Commonwealth Games, Jamaica may have a chance to repeat the third- place finish of a year ago.

Puerto Rico took team gold in the CAC Games but comes to Kingston without its ace, Ariana Diaz, the world number 33. In those circumstances, the republic could upgrade the silver medal won in Cuba last time around. Still, the highest world-ranked women's player is Diaz's sister, Melanie, at 138, some distance ahead of Rachel Ortiz of the Republic who is world number 193.

When Jamaica lost in the 2017 semis, it was at the hands of the Dominican Republic with a score of 0-3. The other semi-finalists were Guyana, who are also among the 10 countries who will do battle at the National Arena.

None of the Jamaican girls are world ranked.

Play starts at 9 a.m. on each day of the tournament, with a break on Thursday, with a resumption on Friday, September 28.