We need to get better - KC's Bernard 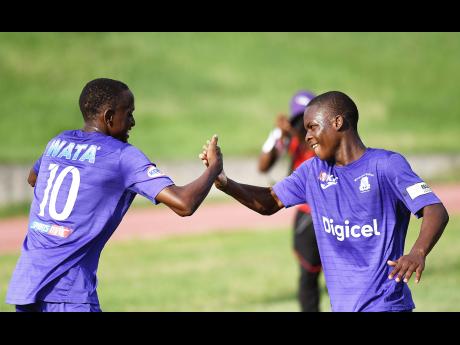 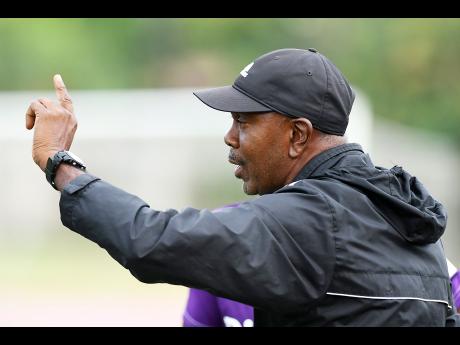 Even after they have cruised through the first two stages of the 2018 ISSA/Digicel Manning Cup football competition, Kingston College coach Ludlow Bernard believes his team still needs to get better as they try to end their 32-year Manning Cup title drought.

The Purples secured their quarter-final spot by thrashing Cumberland High 6-1 in their return-leg second-round tie at the Stadium East field yesterday. KC won 9-2 on aggregate.

And though they have yet to drop a point in the 12 games they have played, Bernard has identified some areas that need fixing.

"This wasn't entirely a perfect performance so we still have to keep planning away and do the right things, making sure that the team keeps concentrating at all times," Bernard said.

Track star-turned-striker Ari Rodgers walked away with his second Man of the Match award after he came on in the second half to score two goals and register an assist.

Dwayne Atkinson also registered a double on the day. Trayvon Reid and Kenato Campbell were the other scorers for KC while Jhevante Grant scored from the spot for Cumberland in the 45th minute.

KC have shown signs of ending their title drought in the past two seasons but were knocked out of the competition at the semi-final stage on both occasions, but Bernard does not believe their past has any impact on their campaign this year.

"The doubters will say what they want to say and we can't be distracted by that. What happened in the past doesn't necessarily determine what happens in the future," Bernard said.

Defending champions Jamaica College beat Calabar High School 3-0 (5-0 aggregate) in the first game of the double- header to also book their spot in the quarter-finals.

"We are happy for the victory, but now we have to focus on the games to play, and so we have to start preparing for them come Monday," JC coach Andrew Peart said.