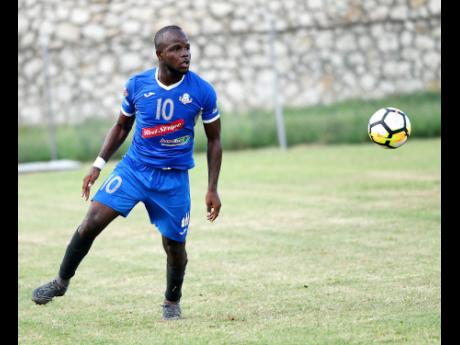 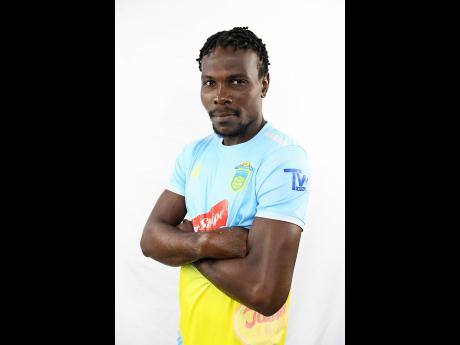 Donovan White, president of Red Stripe Premier League club Waterhouse FC has, perhaps, one of the broadest smiles in local football at the moment. After watching his team do what was considered improbable at the end of the first round of last season, by advancing to the final only to lose on penalties, they are again making a big noise.

Currently sitting in second position, two points behind Portmore United, the team that defeated them last season, they are again defying the odds. In the off-season, they lost three key components in charismatic coach Donovan Duckie to the cash-rich Mount Pleasant. Their most dangerous attackers, Cardel Benbow and Kemar Beckford, followed suit, but home-grown coach Marcel Gayle has picked up where Duckie left off and Waterhouse are the team to beat.

Today, Portmore United will be aiming to do just that when they visit Drewsland for the 7 p.m. clash.

"Of course, it is a big game. We are pretty close in points, and we want to maintain the distance between us and whoever is close to us," Portmore United coach Shavar Thomas said of the encounter.

"We are looking to add points and move on. We are looking to maintain our form and continue moving ahead without focusing on anyone but ourselves," added Thomas, who led his team to a 2-2 draw in the first round.

While Waterhouse have been boiling hot, particularly since the start of the second round, where they have a perfect record in the five games, Portmore United have not had the smoothest ride, drawing twice and winning the other two games in their last five. Included in those results was a come-from-behind win over Reno, who are in 10th position, and a hard-fought win over 12th-placed Dunbeholden.

"Those games have taught us some things that we value. The Dunbeholden game is a derby game in itself, so we expected the neighbouring team to come at us, which they did because pride is at stake, and it does not matter where you are in the table. The fact that we were able to repel them and to come back from two goals down to defeat Reno shows that we have character and self-value, and that tells me a lot going forward," Thomas explained.

This game, one can assume, is similarly big, if not bigger, for Waterhouse, but their talking is only done on the field, it seems, as calls to the various representatives of the club go unanswered. Despite that, the likes of Tramaine Stewart, Keithy Simpson, Andrae McFarlane, and Ricardo Thomas will show up.

Portmore United will, perhaps, start without captain Ricardo Morris, who is nursing an injury but should have Jovan East, Rondee Smith, and Damano Solomon leading their charge.