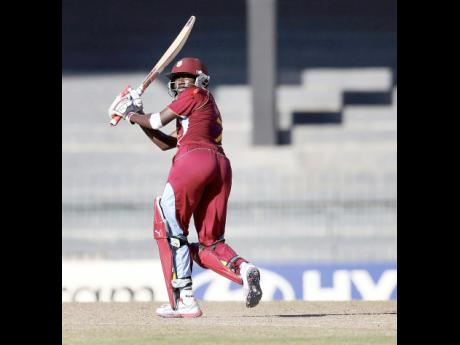 West Indies captain Stafanie Taylor extended her excellent form in the Women's Big Bash, conjuring up a Player-of-the-Match performance to fire Sydney Thunder to a comfortable six-wicket win over Hobart Hurricanes and propel them top of the standings.

Playing on Friday at the Gabba, Taylor first starred with the ball, claiming three wickets with her off spin as Hurricanes, asked to bat, were restricted to a still-challenging 153 for nine off their 20 overs.

Twenty-year-old Erin Fazackerley top-scored with 35 off 21 balls, posting 43 for the first wicket with exciting Indian stroke-maker Smriti Mandhana, whose 29 came from 22 deliveries.

When Hurricanes slipped to 82 for three in the 10th over, Heather Knight carved out 34 off 28 balls in a 46-run, fourth -wicket partnership with Corinne Hall (17) to bolster the innings.

Taylor claimed three for 24 from her four overs, accounting for the key wickets of Fazackerley and Knight.

In reply, Thunder were carried by Naomi Stalenberg who top-scored 55 from 39 balls and New Zealand Rachel Priest who hit 40 from 21 deliveries, the pair adding 74 for the second wicket.

Stalenberg, who struck five fours and a pair of sixes, put on 31 for the third wicket with Harmanpreet Kaur (13) before she finally departed in the 13th over.

Taylor, who stroked an unbeaten 20 off 15 balls then combined with her captain, Alex Blackwell, (20 not out) in an unbroken 36-run, fifth-wicket stand to see Thunder home.