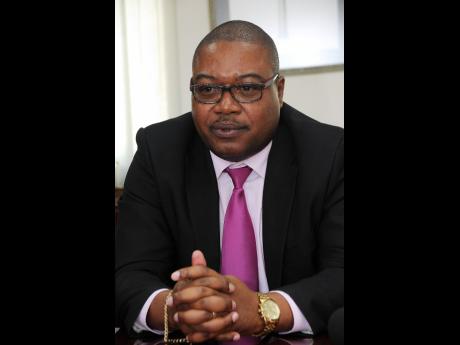 The Jamaica Cricket Association's (JCA) chief executive officer Courtney Francis says that the body is becoming more transparent in its categorisation of players on retainer contracts.

The JCA has four categories for players on retainer contracts, where they are paid at a fixed rate for competing at the JCA's request. Francis, who was speaking at a Gleaner Editors' Forum recently, said that data analysis would now play an important part in how players are selected for contracts.

"We have to try ways and means of standardising better, how we place players into categories based on the previous year, or at least the last four years' data," Francis told The Sunday Gleaner. "We have four years' data now that we can use to make a determination. So we're going to do that now and make sure that whatever we do is transparent and players can see it as a means of being a career opportunity."

Scorpion players also earn US$700 (J$89,300) for each match in the Cricket West Indies (CWI) Professional Cricket League Regional Super 50 competition. This means that they could earn US$7,000 (more than J$890,000) if they play all 10 matches, including the final.

"As it is now, the (Jamaica) Scorpions franchise has about 18 persons on contract for the year, and this amount excludes match fees," Francis said. "Match fees are US$1,300 per game, US$750 per 50-overs game. So if you're one of the players in those categories, you can make a sizeable earning per annum, provided you remain fit and you get in the performances."

Local players are also insured through a partnership between the JCA and the Government, which Francis said is unlike any plan offered by any other local sporting body to its athletes.

"As it is currently, the players are covered," he said. "The Government assists us with some insurance, and those players have insurers. Some of the players who are retained have two insurance schemes. In recent times, CWI and WIPA (West Indies Players' Association) gave them another set of insurance benefits. So they are extremely well covered, and I must say that I am not aware of other sporting organisations having such coverage for their players. So this might be something that's pioneering and a first for cricketers."

The JCA also recently announced a 10-year plan to restructure its operations, to come to fruition by 2023.