Marshall praised as greatest pacer of all time 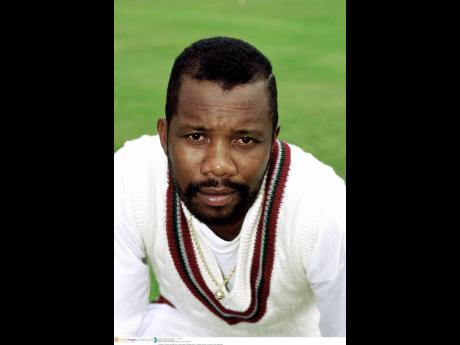 One of the leading British publications has hailed legendary late Barbados and West Indies fast bowler, Malcolm Marshall, as the greatest fast bowler of all time.

The Daily Telegraph, under the headline "Memories of Marshall stir in Barbados", described Marshall as the best of the best as in an era when "West Indies ruled game".

Writing in his daily dispatch, veteran writer Scyld Berry noted: "Marshall is widely regarded as the best fast bowler ever. Of all pacemen, only Allan Davidson of Australia has taken 100 wickets for a lower average than Marshall who took 376 at 20.9 each. In Marshall's first decade in the side (1977-1987) West Indies lost three Tests and were world champions".

Berry is a former Editor of Wisden Cricket Almanack and is among the most respected writers in the modern game. He visited Marshall's grave at the St Bartholomew Church in the southern parish of Christ Church to recount several memories.

Marshall died in Barbados on November 4, 1999 at the age of 41 after a battle with colon cancer.

"England had the first practice of their West Indian tour at the 3Ws Oval on the university campus at Cave Hill, where they will have four days of match practice ahead of the first Test starting a week on Wednesday," Berry added.

"The ground was named after Frank Worrell, Clyde Walcott and Everton Weekes (who is still alive), all Barbadians knighted for their services to cricket. The nets are also named after a Barbadian, Malcolm Marshall although he was never knighted. In the West Indies, as in England, gongs go to batsmen, not bowlers."

Born April 4, 1958 Marshall debuted for West Indies in India in 1978 as a little known medium-fast bowler, with just a single first-class matches under his belt. He however matured quickly and cemented his spot in the Test squad before dominating the world stage.

In his illustrious career, Marshall also took 157 wickets in 136 One-Day Internationals. He managed 1651 wickets at an amazing average of 19 runs per wickets in 408 first-class matches.

Berry ended on a telling note as he recounted Marshall's finest hour on the field - bowling with a broken finger against England in 1984 and his biggest decision off the field - turning down a lucrative deal to play in South Africa in 1983 under the apartheid regime.

"Having broken his left thumb while fielding and after batting with only his right hand to help Larry Gomes to his century, Marshall steamed in with plaster cast on his left arm and took seven for 53.