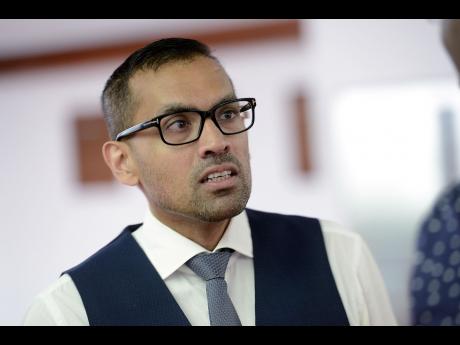 Sports attorney Dr Emir Crowne says now that the Court of Arbitration for Sport (CAS) has amended its bylaws for 2019 to allow for open hearings, Jamaica missed out on being considered pioneers in such a practice.

Crowne is referring to the Jamaica Anti-Doping Commission's (JADCO) decision last year to move its anti-doping hearings behind closed doors.

CAS' procedural rule 57 says that: "At the hearing, the proceedings take place in camera, unless the parties agree otherwise. At the request of a physical person who is party to the proceedings, a public hearing should be held if the matter is of a disciplinary nature. Such request may however be denied in the interest of morals, public order, national security, where the interests of minors or the protection of the private life of the parties so require, where publicity would prejudice the interests of justice, where the proceedings are exclusively related to questions of law or where a hearing held in first instance was already public."

Crowne says that with this move to open hearings, CAS is now respecting the rights of athletes, in allowing transparency, through an open hearing.

"I've always argued this is a very fundamental right - open access to tribunals, open access to courts and so on," Crowne told The Gleaner. "I've always maintained that Jamaica was ahead of the world, really, when it held its doping hearings in public. JADCO, last year, decided to make the hearings closed hearings because they thought they were out of step with the international community, when I tried to argue that Jamaica was, in fact, ahead of its time and ensuring greater transparency and accountability in those tribunals.

"It was clear that when the open hearing system in Jamaica was first implemented, the lawyers of the time had given great thought to the right of participants and the right of athletes to open hearings and the importance of that in ensuring a transparent process. Quite frankly, now that Europe has said 'Well, we're moving to open hearings,' it will be interesting if JADCO has to back-pedal because, now, Europe has told us what to do."

"CAS hearings are still , generally, confidential even after the amendment," he said. "It is only at the request of a part to the proceedings that a CAS panel would entertain a public hearing, which may well be denied.

"If you compare the new CAS rule with our new rule, which still allows for a public hearing, if the Independent panel so deems, you could say that CAS has actually caught up with us.

"Once again, before our amendment, JADCO was out of line, internationally, with most NADOs (national anti-doping organisations), by automatically having the hearings public. So we are now in line, along with CAS."

Crowne disagrees and says Jamaica missed the chance to send a message about its post colonial identity.

"We talk a lot in Jamaica and in the region about our post colonial identity and so on, but it seems as though we're very much beholden to European interests," he said. "Jamaica, like I say, was ahead of its time. It was a world leader in open hearings for doping matters.

"It could have been one of those rare times where we as Caribbean people were ahead of the European masters in terms of our thinking and in terms of protecting the athletes. But now, again, we're caught in second place. It's quite unfortunate."