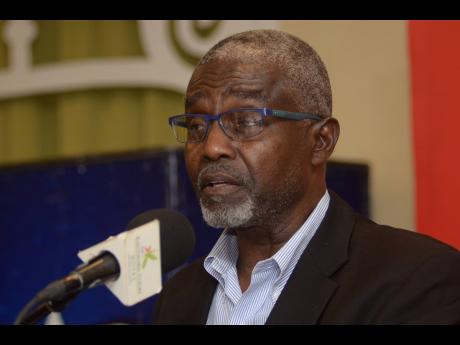 Calabar High’s 4x800 metres relay team, which produced a new championships record of 7:31.71, walked away with the Neville ‘Teddy’ McCook Trophy and Digicel prize of $150,000, for being the team with the best overall performance at yesterday’s Gibson McCook Relays awards ceremony.

The ceremony, which was held at the National Stadium’s Hospitality Room, was used to reward outstanding teams from last month’s relay carnival. The Red Hills Road-based team also walked away with an addition $75,000 as one of four teams that broke records.

Defending ISSA/GraceKennedy Boys and Girls’ Athletics Championships female champions Edwin Allen and Kingston College each walked away with cash prize of $100,000 for having the best performances among high-school teams.

Edwin Allen won three events, while Kingston College won six to finish as the team with the most wins at the meet.

Edwin Allen also received an addition $75,000 after their victory in the Girls ‘Under-17 4x100 metre relay in a new record time of 44.59 seconds. Other teams receiving $75,000 for being record breakers were The Queen’s School after their 4:00.83 seconds run in the High School Girls 1600m Open Sprint Medley, along with the Tyrese Taylor-led Enid Bennett High, for the record run in the boys’ equivalent. Among the clubs and institutions, the prize of $75,000 went to Sprintec.

At yesterday’s function, chairman of the Gibson McCook Relays committee, Professor Rainford Wilks, thanked the sponsors and other members of the Organising Committee, while lauding the athletes for their performances.

“You have all done well and must be commended for your fine performances as you all make us happy.

You are all champions and have made us proud, and I like the competition but it must always be a healthy one.

We are proud that we are able to help with the development of track and field, and looking forward for this to happen and I know that come next week, you will all step up a gear at the ISSA/GraceKennedy Boys and Girls’ Athletics Championships. I am hoping that each of you will remain healthy going into that meet,” said Wilks.