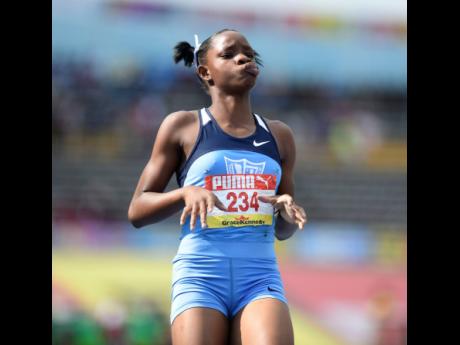 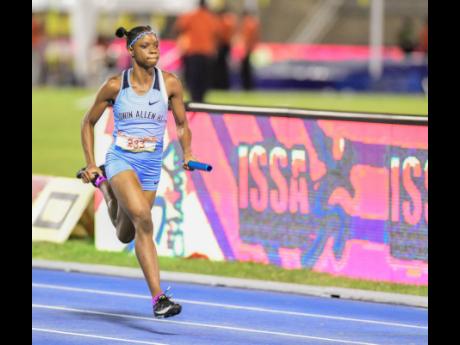 With the likes of top Under-20 female athlete Kevona Davis of Edwin Allen High withdrawing from this weekend’s Carifta Trials at the National Stadium, the defending girls champions have pulled three more of their standout athletes from the meet.

The trials, which will be used to select Jamaica’s team to the top regional age group championships – the Carifta Games, set for April 20-22 in The Cayman Islands – has been hit by a number of high-profile withdrawals, with coaches and handlers preferring to skip the meet due to its proximity to the recently-concluded ISSA/GraceKennedy Boys’ and Girls’ Athletics Championships, which ended last Saturday at the National Stadium.

Davis, the Girls Champs Class Two sprint double champion, will be joined on the sidelines by Hydel’s Ashanti Moore, who won the 100m and 200m in Class One.

However, that list has been extended with the outstanding Clayton twin – Tia and Tina, the Class Three 200m and 100m champion from Champs, along with Edwin Allen teammate Serena Cole, who was also scheduled to compete in the Under-17 category, all pulling out. Tina and Tia are the two fastest Under-17 athletes so far this season and both shared the sprints at the Championships where Tina took the Class Three 100 metres in 11.27 seconds and Tia the 200 metres in 23.44 seconds. Cole, who was the favourite to win the long jump event in Class Three, did not participate here, while all three were members of Edwin Allen’s record-breaking 4x100m relay team.

Head coach at Edwin Allen, Michael Dyke, confirmed the trio’s absence, saying it was unreasonable to expect the athletes to compete so soon after the championships, after their efforts last week.