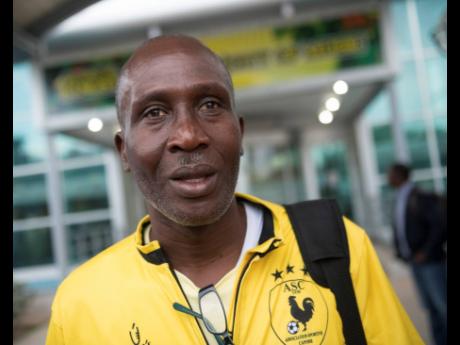 AS Capoise coach, Joseph Oudy, and Gener Pierre, technical director of Real Hope FA, both said their teams expect nothing less than wins against Waterhouse FC and Portmore United respectively. The teams arrived at the Norman Manley International Airport yesterday for the FLOW CONCACAF Caribbean Club Championship double header to be played at Stadium East tomorrow.

Oudy said this is Capoise’s second time participating in the tournament and although they do not know much about Waterhouse, they see the game as a learning experience, and their intention is to win regardless. He mentioned Marc Roberson as one of his team’s key players for victory.

“We came here to observe and learn,” Oudy said via a translator. “It is a learning experience for us, so we are very happy to come here and participate. In Haiti, we are second in our league, so we are very confident and proud to be here. But we are here to win and it doesn’t matter how we win.”

Meanwhile, Real Hope’s conditioner, Pierre, said they are confident, despite coming up against an experienced club in Portmore.

“We are trying to win, we came here to compete and we very confident, as we believe we are playing on a good level and we are ready to challenge,” Pierre said. “We respect the opposition because of their experience, but we have a youthful team and we came to do our very best.

“We are a very young team. Last year, we had the chance to participate in the CONCACAF League in Trinidad, and that was a good experience for us. This is our second time, and hopefully we are going to do better than we did last year. We left Haiti in first place (in the Haitian league) so we have a lot of confidence ourselves, so we think its going to be a very good game,” he continued.

We have a technical midfield and we will match up very well. I know a little bit because I watched Portmore in the Dominica Republic and I watch the Jamaican league on tv, but television and live are two different things, but we can’t wait to hit the field.”

Portmore will play Real Hope in the opening game on Sunday at 5:30 p.m., then Waterhouse take on AS Capoise in the second game of the double-header at 8:00 p.m.