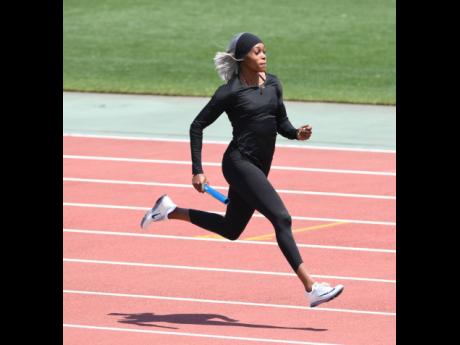 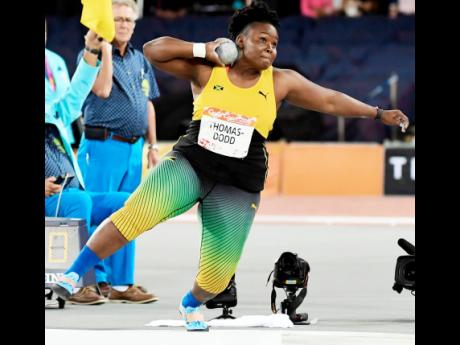 Several of the island’s flag-bearers will be looking to kick-start their seasons at the Shanghai Diamond League, today, the second stop in the cash-rich global athletics series.

Sprint star Elaine Thompson, medal-magnet Omar McLeod, and the promising quarter-mile pair of Nathon Allen and Akeem Bloomfield will make their season debuts in their respective events at the meet, which will see nine Jamaican athletes competing.

Thompson, whose one assignment as part of the women’s 4x200m quartet at the recent IAAF World Relays (IWR) in neighbouring Japan didn’t quite go to plan after a fortunate third-place finish, which followed some horrific baton exchanges, will look to start her 100m campaign on the right footing.

The Olympic champion faces a stern test with the likes of Blessing Okagbare (Nigeria), American Jenna Prandini, and her improving countrywomen Ashley Henderson and Aleia Hobbs in the mix. However, if her form from the World Relays and word out of her MVP training camp are anything to go by, she’s already well-tuned and should have little trouble getting the better of this field.

McLeod, the World and Olympic champion in the 110m hurdles, is still finding his feet under the guidance of his new coach, Gary Evans, with a recent 13.29 seconds run, suggesting that there’s still some work to be done, given his class. He’ll have to be up to speed here, with London 2017 silver medal winner Sergey Shubenkov and Spain’s Orlando Ortega expected to join him at the line.

Bloomfield and Allen are seen as leaders of Jamaica’s new cohort of quarter-milers. Both will be featuring in their first competitive 400m races of the season, and with four athletes in the line-up boasting sub-44 seconds personal best times – Fred Kerley (43.70), Isaac Makwala (43.72), Steven Gardiner (43.87), and Bloomfield (43.94), this one is certain to excite and will provide a strong early season litmus test for the Jamaican pair.

Shot put titan Danniel Thomas-Dodd has already thrown 19.48m this season and will be excited to go up against world leader Chase Ealy from the US, who has so far thrown 19.67m, while Damar Forbes and the impressive Tajay Gayle will look to make a mark in the long jump event against South African trio Ruswahl Samaai, Luvo Manyonga, and Zarck Visser.

Stephenie-Ann McPherson, another member of the IWR 4x200m quartet, got a good speed run in her legs from that assignment and will be looking to now improve on her 51.94 clocking this season when she faces American prodigy Sydney McLaughlin along with Jessica Beard, who will be opening their season here, as well as Bahrain’s Salwa Eid Naser, the 2017 World Championships silver medallist.

Tyquendo Tracey has shown that he has sub-10 speed in his legs with his 9.96 PB, and he might need something similar if he’s to have a say in the men’s 100m event here. The field includes Christian Coleman, who has gone 9.79, Noah Lyles, who has a 9.88 clocking to his credit, and 9.89 man Akani Simbine. Local pair Bingtian Su (9.91) and Zhenye Xie (9.97), who have both gone sub-10, will look to give their fans something to cheer for in this one.