Redemption! - I Am Di One, ­Princess Ava look to make up for Jamaica Oaks ­disappointment 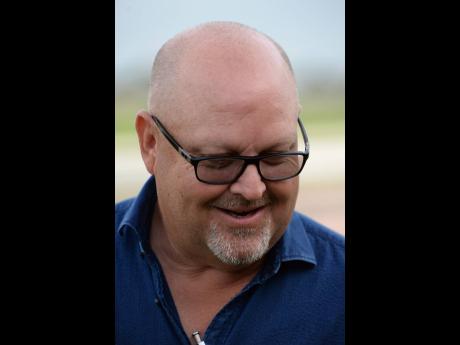 LEADING trainer Anthony Nunes’ top fillies, PRINCESS AVA and I AM DI ONE, that who were floored by rival Wayne DaCosta’s 9-1 outsider, PRINCESS ANNIE, in last month’s 10-furlong Jamaica Oaks, return to the route course in separate races this afternoon, both handicapped to make light work of rivals.

Though PRINCESS AVA had finished second, relegating I AM DI ONE to third in the Oaks, having only one win under her girth gives her the luxury of facing non-winners-of-two races and a maiden importee, whereas I AM DI ONE, a winner of two from three starts, is up against the country’s third-best layer of horses, overnight allowance, due to her 1000 Guineas victory.

The Oaks might have been really pedestrian over the last two furlongs, casting a shadow over the final time of 2:13.0. However, shedding 16lb for another crack at 10 furlongs, against colts and geldings who have shown no classic potential, should tilt the battle of the sexes in PRINCESS AVA’s favour.

Ian Parsard’s BERRY BOY showed staying qualities when winning his maiden race on May 15 at nine furlongs and 25 yards, but a mile split of 1:43.4 is incomparable to the 1:41.4 PRINCESS AVA chased into the lane in the Oaks.

Meanwhile, I AM DI ONE, caught midway the last half-furlong of the Oaks, faces older horses at nine furlongs and 25 yards, seeking redemption after going down as a 1-5 favourite in the fillies’ classic.

The regally bred filly, who was expected to chew up the opposition after easily winning the Guineas, will also run 16lb lighter with Nunes giving away nothing at the scale, summoning champion jockey Anthony Thomas to ride at 110lb.

Never before this light in three starts, I AM DI ONE is getting as much as 16lb from stablemate DONTAE, who she dismissed at exercise in a six-furlong gallop last Sunday morning, clocking 1:13.0 to his 1:14.3.

At 110lb, I AM DI ONE is bound to dominate the pace and should easily shrug off any attempt by the likes of ROYAL VIBES or UNCLE VINNIE to make her go as fast as LADY BLUE had done in the Oaks, resulting in splits of 50.2 and 1:14.3 for the first six furlongs, leaving PRINCESS ANNIE to gobble them up.

Thomas is a patient chap, sometimes too patient, but his riding style should suit I AM DI ONE, a big filly, who is pretty headstrong, which might have fooled Simon Husbands into believing he could have done anything aboard her and still win the Oaks.

Nunes could very well close the exacta with BRUCE WAYNE. However, the five-year-old bay gelding has been pulling double shifts since returning off a three-month lay-up in April. Wednesday’s arduous second-place run behind stablemate HOUDINI’S MAGIC was BRUCE WAYNE’s third run in three weeks, making Saturday’s outing an incredible fourth in less than a month.

Having run 25 and a half furlongs in three weeks, an additional nine furlongs and 25 yards could be asking too much of BRUCE WAYNE, which might hand the runner-up spot to DaCosta’s ROYAL VIBES, but only if he’s not ridden to force the pace with I AM DI ONE.