Pan Am and Parapan Games for Jamaica Judo this summer 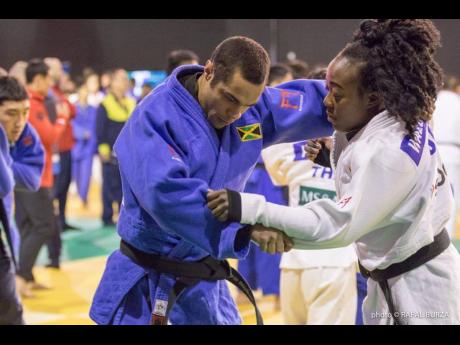 Judo continues to grow in Jamaica, and at 350 athletes strong, the national team is beaming with excitement having qualified to participate in two major games this summer.

Jamaica Judo Association president Dwayne Barnett is pleased to be sending a team not only to the Pan American (Pan Am Games), but the Parapan Games, for para-­athletes, as well.

“As you can imagine, Judo is an immensely complex sports, and so for us to have achieved all that in a year is just commendable. There are sports which are more established than Judo and haven’t made it to the Parapan or the Pan American games, so I think for us, it’s really a historic moment,” Barnett said.

He said that recruitment for the association was not an issue as Judo is now being practised in five high schools, and lessons will start for primary-school children next week.

The Pan Am Games, which is held a year before each Olympic Games, will be held in Lima, Peru starting on July 26, while the Parapan American Games, also in Lima, will get under way on August 23.