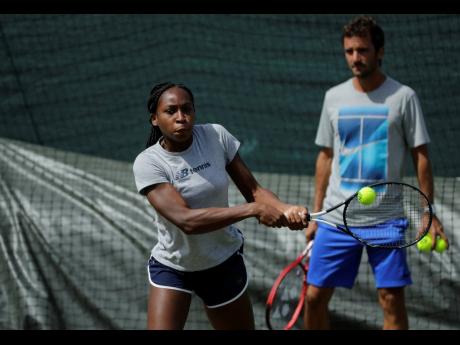 The marquee matchup of Day 1 – one Roger Federer called “fascinating” – features the oldest player in the women’s draw, 39-year-old Venus Williams, against the youngest, 15-year-old Cori ‘Coco’ Gauff. Williams had already won four of her seven Grand Slam titles by the time Gauff was born. The match is the 106th for Williams at the All England Club – and the first for Gauff, an American who is the youngest qualifier at Wimbledon in the half-century of professional tennis.

Gauff considers Williams and her younger sister, Serena, her idols.

“It’s a great moment for her and for Venus. It’s going to be a big moment for Venus, as well,” Serena Williams said. “She’s playing against a player that actually reminds me of Venus.” That is scheduled to be the third match on No. 1 Court, following contests involving former No. 1 Simona Halep then No. 6 seed Alexander Zverev. Per tournament tradition, the first match on Centre Court will be played by the defending men’s champion, Novak Djokovic, who faces Philipp Kohlschreiber. Also in the main stadium is former No. 1 Naomi Osaka, followed by No. 30 seed Kyle Edmund of Britain. Others on the schedule include Grand Slam champions Stan Wawrinka and Caroline Wozniacki, and last year’s Wimbledon runner-up, Kevin Anderson.