Duckie confident ahead of Caribbean test 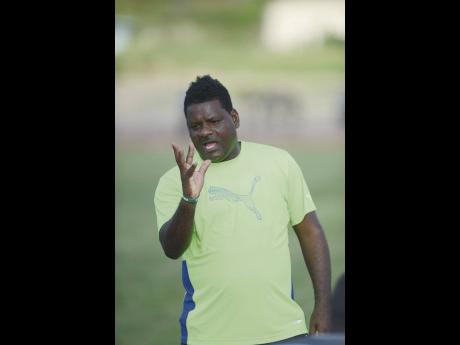 Jamaica men’s Under-23 football team head coach Donovan Duckie says his players are more than ready to face their Caribbean rivals in their upcoming Concacaf round of Olympic Games qualifying matches, which start tomorrow.

The young Reggae Boyz, who will be seeking a berth at the Olympic Games in Tokyo, Japan, next year, are drawn as the top-seeded team in Group A with Dominica, and St Kitts and Nevis. Guyana were also part of the group but withdrew their participation.

Jamaica’s first task will be against Dominica at the Anthony Spaulding Sports Complex at 6:30 p.m.

“We are expecting a good challenge from them,” Duckie said. “The years have passed when Jamaica was the dominant team in the Caribbean. Football has evolved,” Duckie said. “These countries have experience in their ranks and we won’t be underestimating them. However, we are very confident about our preparations.”

Having announced Jamaica’s squad, Duckie explained that this is not the most experienced group of players eligible for selection, but maintains that the team has the talent to advance from the group.

“Nicque Daley, Lamar Walker and Jeadine White are the players that you could say that are coming from high-school football. In terms of those players, they have gotten enough experience to be a part of this squad,” he said. “This is not the most experienced squad in terms of the age requisite, but they are ready and doing final preparations for the match (tomorrow).”

A point that coach Duckie sought to clarify was the selection process for the team. He explained that with the age requisite in mind, the coaching staff has more than 60 players in contention to be selected, and that not all notable players were picked for this phase of the tournament for varying reasons.

He insisted that these players are still within the fold of the team and will be selected for future squads and international games.

“We did not get every player we wanted,” he said. “Leon Bailey is one of them. Shamar Nicholson, who scored two goals against the US, back to back, is also not in the squad. Some of the players have club commitments. At the end of the day, we have a lot of international games to play. Luca Levee is involved in the Pan American squad, even though he’s not named in this squad. ”