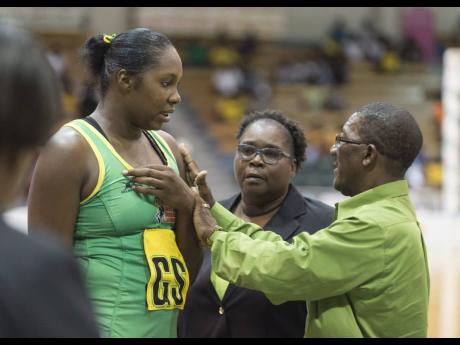 The Gleaner has been reliably informed that the contracts of Sunshine Girls head coach Marvette Anderson and her assistant Winston Nevers, will not been renewed by Netball Jamaica (NJ).

It is understood that both coaches where informed of the decision by NJ president Dr Paula Daley-Morris, following a debriefing session, which took place last weekend.

This follows the Sunshine Girls’ dismal showing at the recent Netball World Cup (NWC) in Liverpool, England, where they failed to progress to the semi-finals for the first time in over 20 years. When contacted yesterday, Anderson, told The Gleaner that she was not sure if she was still the head coach of the national senior netball team, but stated that she had not been made aware of any official decision by NJ, to remove her from the post.

“I don’t know anything and I don’t hear nothing since I have been back, I don’t know,” said Anderson, in response to questions regarding her status as Sunshine Girls head coach. “You are asking the wrong the person, so I don’t know.”

Meanwhile, efforts to get comments from Nevers were unsuccessful as several calls to his mobile phone went answered.

Daley-Morris and her first vice president Tricia Robinson were also unavailable for comment.

However, a well-placed source, who has been close to the development, confirmed that the coaching pair will not return to the Sunshine Girls bench and that both Anderson and Nevers were told by the NJ leadership, that their contracts will not be renewed. The source pointed to the Sunshine Girls’ poor performance at the NWC where they finished fifth at the tournament, despite entered the championships as the second ranked team in the world.

NJ will have to make a decision on who will replace Anderson and Nevers soon, as the Sunshine Girls team is expected to convene shortly, as they are set to begin preparations for a Quad Series, which involves New Zealand, South Africa and hosts England in January.

The Sunshine Girls must perform well against these teams, which are all rated below them in order to maintain their current world ranking.