Thompson: Ja could be good at 800m again 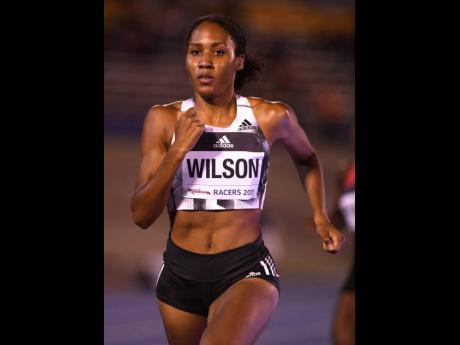 “Jamaica could once again have great runners at 800m.” That’s the view of Derek Thompson, the Jamaican who coached Raevyn Rogers and Ajee Wilson to silver and bronze medals in the women’s 800m at the recent World Championships in Doha, Qatar. Thompson says the two-lap stars of the future will have to commit to extra mileage in training.

“I think the athletes are there,” Thompson said. “I truly, truly believe that the talented 800m runners are all over Jamaica.”

Having coached Wilson to world under 18 and under 20 championships and back-to-back bronzes at the Worlds, Thompson reckons a lack of training miles is the key to progress. “We’re a sprint-minded country and when it comes to mileage, when you talk to a lot of the coaches, they probably tell you, oh, you don’t need to run more than three, four miles, that is not right.”

To illustrate his point about the Jamaican attitude to long running workouts, Thompson turned the clock back to a scene that occurred before he left the island in 1973.

“When I was a young kid at Santos FC (where he played football before migrating to the United States), we went to camp and we used to run a thing called ‘around the world,’ and I hated it,” Thompson said.

He wasn’t alone in trying to get out of the long running but Warren Tulloch, who played for Wolmer’s Boys’ School, was an exception.

“This guy would come while we sat there and he would run two, three times around the world, when we would only run one and it made a difference to his game and it was about his condition and his fitness,” he said.

Returning to the present, he highlighted the progress made in the event by Caribbean neighbours Puerto Rico. While Jamaica’s national record has stood at 1:45.21 minutes since 1977, Wesley Vazquez, Ryan Sanchez and Andres Arroyo all ran under 1:45.00 in 2019. Vazquez had a fine season in which he lowered the national record of 1:43.83 minutes before placing fifth in Doha. By contrast, Jamaica hasn’t even had a qualifier for the World Championships since Marvin Watts reached the semi-final in 2001.

“Put it this way,” Thompson contended, “If Puerto Rico can have three 800m runners clocking sub 1:45.00 minutes, Jamaica should have more than that.”

Jamaica has produced two Olympic medal winners over the distance in Arthur Wint and George Kerr and a World Indoor Champion in Clive Terrelonge.