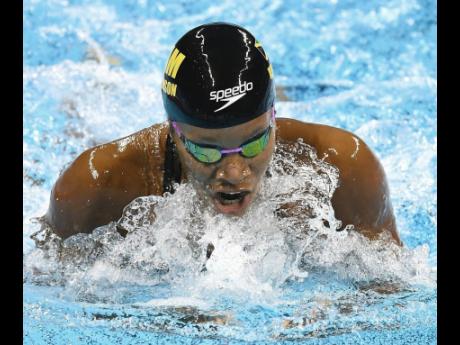 World champion swimmer Alia Atkinson fully agrees with the postponement of the Tokyo Olympics and has expressed compassion for those affected by the novel coronavirus.

“So many people are suffering, so many people are burying their loved ones or don’t even have the ability to do so because of the virus or quarantine, so it’s really sad, just the fact of how big this got and where we are right now but because of that, waiting and postponing the Olympics is definitely the right choice, and whenever we start back, I think everybody would at least be on the same playing field or at least a much fairer one that it is right now,” said Atkinson, a two-time 100 metres breaststroke Olympic finalist.

With the 2021 World Athletics Championship deferred to make space for the Olympics next year, Atkinson intends to use the extra time to prepare well for Tokyo. “It’s just me and getting back my head set, not thinking about the short-term goal in five months, but thinking of it in a year, plus, trying to get back to things that I was working on without thinking, oh, time’s running out,” she reasoned.

The 31-year-old Jamaican started her Olympic career in 2004 and since then has established herself as one of swimming’s enduring stars. At the 2014 Short Course World Championships, Atkinson tied the World Record and became the first black woman in history to win a world title in swimming, and that was Jamaica’s first gold swimming medal in the World Championships. She has a practical view of the Olympic rescheduling.

“Everybody will have to change their calendars and try again,” the star breaststroker resolved.

The four-time World champion says the pressure is off.

However, even when she spoke from a sporting perspective, Atkinson’s thoughts were with the fight against the virus. “I think right now we’re in a good spot because now, we can sit back and relax, think about the things that we need to do personally, mentally, for our families, for our communities, and humanity can start to heal,” offered the 2015 Long Course World silver and bronze medal winner.