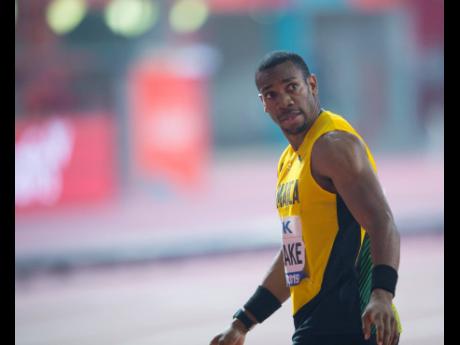 ATHLETES WHO have already attained the Olympic qualifying standard in their respective events need not worry. Recently, all sports agreed to the International Olympic Committee’s (IOC) proposal that all athletes currently qualified for the Tokyo 2020 Olympic Games will remain qualified for next year’s event.

World Athletics president Sebastian Coe says that accounts for half of the competitors who will compete in track and field at the Olympics.

“In athletics, the primary qualification avenue is by meeting the entry standards set out in March 2019. Once those places are allocated, the remaining athletes are drawn from the World Ranking list. As of today, all athletes who have met the entry standards for their event will remain qualified for the Tokyo Olympic Games in 2021. This is approximately 50 per cent of the places,” he wrote in a letter to the athletics family on March 27.

“What is important now is that we develop a clear and fair process for the remaining athletes to qualify, given many events have been postponed. We will work with our Athletes’ Commission, our Council, and the IOC to do this.”

Only three Jamaican ladies have so far attained the qualifying standard for the 200m. They are reigning Olympic champion Elaine Thompson-Herah, four-time 100 metre World champion Shelly-Ann Fraser-Pryce, and world 100m hurdles finalist Janeek Brown at 22.00, 22.22 and 22.40 seconds respectively. By contrast, six Jamaicans, led by Fraser-Pryce, have the standard in the 100m.

By contrast only one Jamaican – national champion Kemar Mowatt – bettered the 400m hurdles requirement in 2019. On the women’s side, the long jump qualifying standard of 6.82m matches the best jump by a Jamaican in 2019.