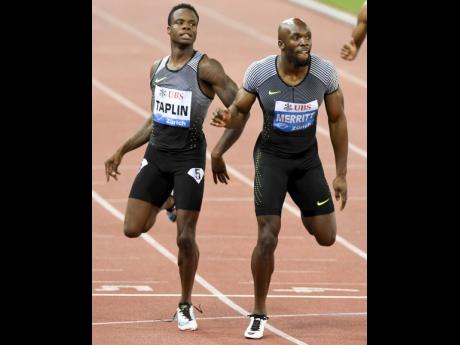 Grenadian sprinter Bralon Taplin has lost his appeal against a four-year ban for dodging a doping test, which means he will miss the Tokyo Olympics if it comes off next year, as well as the next two World Championships.

After saying that it was “comfortably satisfied” that the athlete purposely evaded testing, the Court of Arbitration for Sport (CAS) said in a statement issued here on Tuesday that the ban, imposed by the Caribbean Regional Anti-Doping Organization (RADO) last year, would remain in place until September 2023.

The ruling by CAS judge Hugh Fraser came just over a year after the incident that sparked the ban.

Bralon Taplin’s ban for dodging a doping test will remain in place until September 2023.

After winning the 400m at the Grenada Invitational Athletics Competition on April 13, 2019, Taplin left the stadium without completing doping control, despite being informed that he was to undergo a drugs test.

The 28-year-old appealed the Caribbean RADO’s decision at the CAS, claiming he had not been properly notified that he had been selected for the doping control test.

However, CAS said, Taplin was told by a chaperone from the Grenada National Anti-Doping Organisation (Grenada NADO) during trackside media interviews that he was required to give a sample, yet he left the stadium and took an early flight out of the country the following day.

“The sole arbitrator found that the evidence given by the athlete that he was never approached, followed or accompanied by anyone from the Grenada NADO to be implausible,” the CAS press release said.

“Considering all of the evidence accepted in this procedure, the sole arbitrator was comfortably satisfied that the athlete was guilty of the offence of evading sample collection and confirmed the four-year period of ineligibility, which commenced on 25 September 2019, the date on which the provisional suspension began.”

CAS had heard the case at the offices of the Grenada Olympic Committee on February 27 and 28 this year.

Taplin, who finished seventh in the 400m final at the Rio 2016 Summer Olympics, will therefore miss the next Summer Games that have been postponed, because of the COVID-19 pandemic, to July 24-August 9; the 18th edition of the World Athletics Championships in Oregon, United States, that have been rescheduled for 2022; and the following World Athletics Championships in Budapest, Hungary, scheduled for August 19-27, 2023.