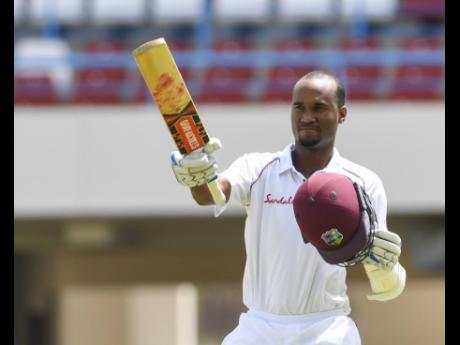 There have been a lot of good things that have been happening with regard to West Indies cricket in the last couple of months.

A Test series win in Bangladesh, coupled with the T20 and One Day series wins against Sri Lanka, seemed to have rejuvenated the Caribbean boys, who now turn their attention to the longer format of the game against the Sri Lankans.

It’s been a long 18 months since the West Indies last played a Test match in the Caribbean, and the Sir Vivian Richards Stadium will today break that lengthy spell when the first Test bowls off at 9:00 a.m. Jamaica time.

Despite the good showing from the regional side in the white-ball format, things may not be so one-sided with the red ball, as the Sri Lankans will feel they have just as good a chance to pull off something special, especially with two of their last nine Test wins against the West Indies coming right here in the Caribbean.

Despite their success over the Sri Lankans so far on the tour, new Test captain Kraigg Brathwaite, who has taken over from Jason Holder, said the regional side cannot fool themselves in thinking that the opening encounter will be a foregone conclusion.

Brathwaite was tight-lipped about the composition of the final 11. However, the main bone of contention will be who gets the nod at the critical number three batting position with Darren Bravo and Nkrumah Bonner jostling for that role.

Following his excellent bowling performance in Bangladesh, off-spinner Rahkeem Cornwall could be in for another game in his home town to partner the likes of Shannon Gabriel, Kemar Roach, Jason Holder and Alzarri Joseph.

Head coach Phil Simmons made it clear that the team will be incorporating the same attitude and discipline shown in the last series. However, it is key for the players to deliver on the team plans, which have been meticulously laid out.

“We had a good series in Bangladesh but there are a lot of things that we need to keep improving on. We need to make sure that we get 400 runs in the first innings, which is something we have been striving for every time we play and then we have to bowl even better than we did in Bangladesh,” said Simmons.

With both pace and spin expected to factor over the five days, the Sri Lankans will be banking on their new fast-bowling juggernaut, Dushmantha Chameera, who has shown that he can crank it up on the Antiguan surfaces.

The other bowlers who will be expected to impact proceedings for the visitors are Suranga Lakmal and Vishwa Fernando, while the batting will revolve around captain Dimuth Karunaratne and Dinesh Chandimal.