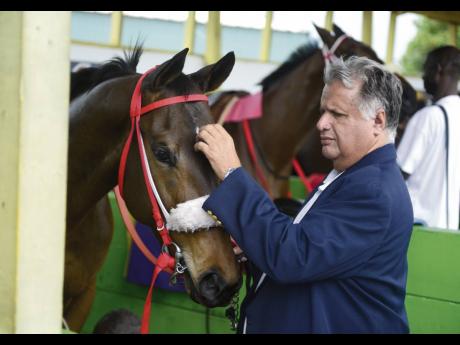 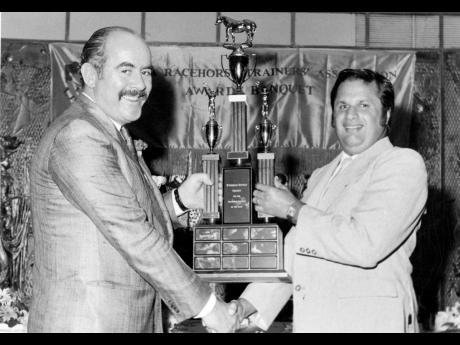 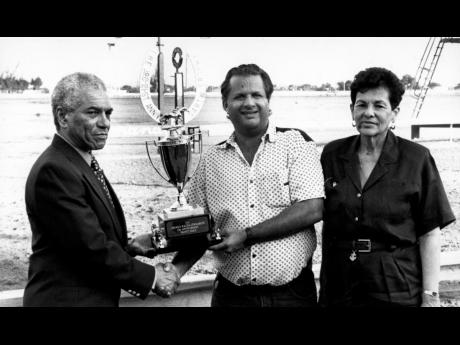 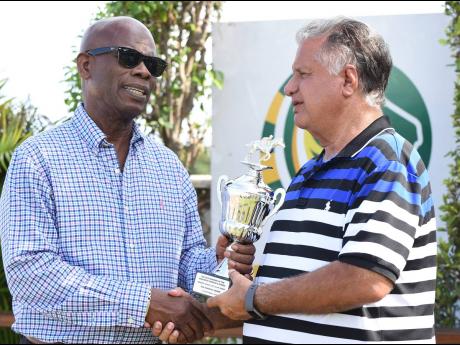 Wayne DaCosta’s death from COVID-19 complications, after ailing for weeks, brought down the curtain on the most dominant horse-racing training career in the history of local racing.

Ironically, DaCosta, a former Gleaner Company employee, had started his career as an assistant to Philip Feanny before launching his own barn and recording his first winner, Adorable, ridden by Winston Griffiths.

A fierce competitor, DaCosta, who died at age 65, won his first trainers’ title in 1984 with the speedy filly Thornbird, Emelio Rodriquez aboard, handing him the first of seven Jamaica Derby victories.

Conferred with the order of distinction in 2013 for his remarkable exploits as a racehorse trainer, DaCosta conditioned two Triple Crown winners (Guineas, Derby and St Leger), War Zone and She’s A Maneater, who were both crowned Horse of the Year, 1996 and 2017, respectively.

HORSE OF THE YEAR

Other DaCosta-trained runners to have been named Horse of the Year include Thornbird (1984) and Seeking My Dream (2016), who, though having landed only one leg of the Triple Crown, the 2015 Jamaica Derby, went on to become one of his biggest stars, capturing the first two of three Diamond Mile races (2016 and 2017) won by the master conditioner.

DaCosta was a horse whisperer with fillies, Thornbird putting him among racing’s elites by being 1984 Horse of the Year with victories in the 1000 Guineas, Jamaica Oaks and Jamaica Derby. After War Zone’s victory in 1996, DaCosta’s third Jamaica Derby winner was, yes, a filly, Good Prospect.

It was also the fairer sex, She’s A Maneater, who handed DaCosta the one race that had eluded him throughout his career, the Superstakes, with three consecutive victories, 2017-2019.

The last household name in local racing, She’s A Maneater, had famously caused the entire country to collectively hold its breath when she bolted from the starting gate of the 2018 Diamond Mile, broke through the rail, and ran dangerously loose among guests’ vehicles parked on the infield, denying DaCosta a shot at a third straight victory in the multimillion-dollar event, victory going to her rival, Will In Charge.

The champion mare returned in 2019 to cap a fantastic season with a trophy-laden seven wins from eight starts, closing her year with victories in the Gold Cup, Superstakes, and Diamond Mile as DaCosta staged a furious late charge at Nunes in his failed bid to win a 19th title.

The Hall of Famer holds multiple records such as leading all-time trainer, 2,298 wins, surpassing Feanny, who he had equalled with his 1950th winner on April 16, 2016. DaCosta also holds the record for most wins in a season, 2002, saddling 108 winners, combining with five-time champion jockey, Trevor Simpson, who rode 172 winners that year to break George HoSang’s mark.

DaCosta also shaped the career of Jamaica’s leading all-time rider, Omar Walker, who won six jockeys’ championships as first-call in his barn, accompanying runners such as Seeking My Dream and She’s A Maneater to most of their famous victories.

The only trainer to have broken the billion-dollar mark in stakes earned by his runners, DaCosta charges bankrolled $1,038,686,555, his last winner being 11-year-old Hover Craft, who scored consecutive Sunday victories, March 14 and 21, running in the colours of his wife, Elizabeth, and saddled by his trusted assistant of 40 years, Linval McFarlane, under the watchful eyes of his son, Jason, who has been training on the North American circuit.