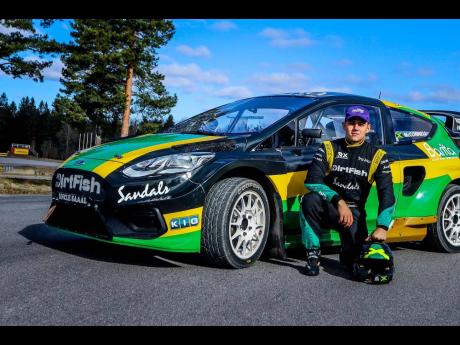 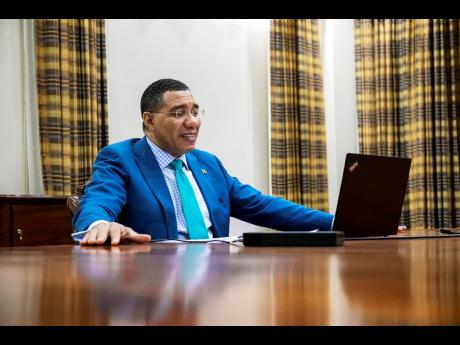 Having secured his first career win in the Supercar class at the weekend, rallycross driver Fraser McConnell says that the victory was a statement of his intent to mount a title challenge in only his second season at the elite level. McConnell, 21...

Having secured his first career win in the Supercar class at the weekend, rallycross driver Fraser McConnell says that the victory was a statement of his intent to mount a title challenge in only his second season at the elite level.

Despite starting the final in fifth place, McConnell captured the win on the same track where he achieved his first podium placing in his debut season last year.

McConnell had only made the move to the Supercar class earlier than expected in 2020 because of the disruption in the racing schedule caused by the COVID-19 pandemic. He said that his maiden win was validation of his ability not only to compete with the best in the world, but to beat them as well.

“When I crossed the line in first place, it was just a huge relief off my shoulders,” he told The Gleaner. “Not that there was any pressure, but it kind of confirmed in my head that I have what it takes to be the best in the world, and I proved myself by beating the best in the world that day.

“It was a check off my to-do list in my rallycross career, and gaining their (the racers) respect, and being a fair and safe driver throughout the whole weekend.”

McConnell had back-to-back podium finishes this weekend, placing third in the second-round final yesterday. Kristoffersson avenged Saturday’s defeat to win round two yesterday in a time of 3:06.967 minutes after starting the final in pole position. However, McConnell said that his performances at the weekend showed his pedigree and made his intentions known to the field of his title aspirations.

“I said exactly that coming in here. I am not travelling all this way and putting in so much effort just to make up the numbers and be another car on the grid,” McConnell said. “I’m coming here to show the world that I have what it takes, and Jamaica can put out talent, and even today, everyone saw me as a potential threat. It has its positives and negatives, but it’s a mental game at this point.”

SHARING THE MOMENT WITH PARENTS

In the aftermath of Saturday’s win, McConnell said he savoured it with his parents who were the first persons he called to share the moment.

“They pour so much energy into what I’m doing, and they are just as invested as I am,” he said. “It’s just a big team effort to get all of the puzzle pieces in the right spots when you are competing in these kinds of sports, and for me, winning is for everybody. I’m winning for my family, my friends, my country, my sponsors,” McConnell said. “It’s a huge team effort.”

After two rounds, McConnell is in third place in the Supercar championship standings with 47 points, nine points adrift of Kristoffersson, who has 56 points and the overall lead. Sondre Evjen, who had third- and second-place finishes at the weekend, is in second place with 51 points. The series will now shift to Sweden, where rounds three and four are scheduled to take place starting on May 13.

“Huge congratulations to Jamaican Fraser McConnell, who finished at the top of the podium and defeated three-time FIA World Rallycross Champion Johan Kristoffersson.

“Fraser has made history by claiming his first supercar win in the 2021 season of the Rallyx Nordic in Denmark [on Saturday].

“We are beyond proud of you, Fraser! Continue to make Jamaica proud on the world stage.”