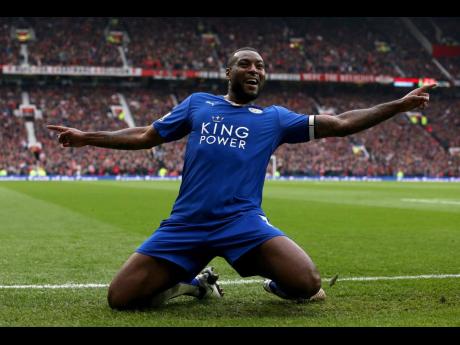 Former national defender Wes Morgan says that he is targeting a role in sports governance rather than coaching to tackle racism in football and to increase diversity in front office roles.

Morgan, 37, retired from professional football at the end of this season’s English Premier League (EPL) after a two-decade career which has seen him play for Nottingham Forest and Leicester City.

In a recent interview with Sky Sports News, Morgan said while he would not rule out a managerial role, he is more focused on an executive role to not only broaden the diversity of the boardrooms but to create change in fighting racism both on and off the field.

“You can never say never but I have no aspirations to be a manager at this point in time. If there is an area I would like to go into, it would be the executive, the boardroom, the office side of the game which is something I think I would enjoy,” Morgan said. “There are not many black people in those positions, in the hierarchy. And it’s sad because you would expect probably the type of diversity that is on the field to be reflected throughout the clubs and that’s not the case.”

Last year Morgan helped to spearhead an initiative for all EPL players to show solidarity with the calls for racial equality and justice. The words ‘Black Lives Matter’ replaced the players name on the back of their jerseys for the first 12 games when the league returned from its three-month hiatus because of the COVID-19 pandemic. A ‘Black Lives Matter’ logo was on display on the players’ sleeves for the rest of the 2019-20 season.

However, there have been several incidents of racial abuse directed to especially black players on social media. Morgan says that in light of the current climate, it is important that he plays an active role within the executive body to bring concrete solutions.

“So in light of what’s happened in recent seasons with George Floyd (incident) and a lot of social media talk around racism, it is something that I’m keen on and trying to address. If I could get into those positions, I would try and make positive change in that sense,” Morgan said. “I think that’s when you’ll see real change when someone who is the likes of me gets there.”

During his playing career, he won the Premier League title as captain of Leicester City in 2016 after helping them to avoid relegation the season before. In his final season as a player, he helped the club win their first FA Cup defeating Chelsea 1-0 in the final on May 15. He made 30 international appearances for the Reggae Boyz between 2013-2016 which included their run to the 2015 Gold Cup final.